Why You Should Visit Liechtenstein’s Castles

Nestled in between Switzerland and Austria and situated on the banks of the Rhine. Liechtenstein’s tiny county is home to several stunning castles; this is why you should visit Liechtenstein!

Most likely missed by most or even unheard of by many.  Liechtenstein, while small, packs a punch. Liechtenstein is a German-speaking country that is only 15.5 miles long. It is Europe’s fourth-smallest country, with an area of 62 square miles. As of 2019, its population is 37,877. The smallest country to border two countries and one of only two that doubly landlocked. The other being Uzbekistan. 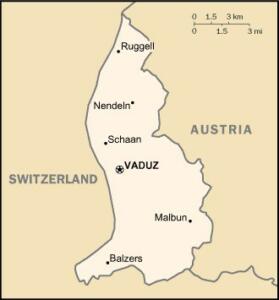 Visiting Liechtenstein was never on our list. I’ll be frank with you – I’d never even heard of it. We stumbled across it while enjoying a day out in Switzerland. Ironically, we accidentally drove back down from the mountains and entered Liechtenstein’s capital and financial hub, Vaduz. On route, we were met with the first castle.

After some quick research over lunch, we discovered there is quite a bit to see in Liechtenstein, especially if you like medieval castles!

So let’s get to Liechtenstein’s castles!

Located in the town of Balzers, Gutenberg Castle was once an operational church, a cemetery. Upon the close of the cemetery, a church was constructed high on the hill. As the church was constructed, the ring wall was added. From there, several additions were added over the years. In 1314, the House of Habsburg claimed ownership of the castle. They used it to guard borders.

During the 15th century, the castle was extensively renovated following the damages caused by the 1499 Swabian War. Then more losses from storms and fires wreaked havoc on the castle.  1785 a fire that affected the entire town of Balzers left the castle in ruins.

In 1979, the Principality of Liechtenstein purchased the castle for state and museum purposes.

This is the only Liechtenstein Castle that is fully intact, and that can be toured. It’s also the most likely one you will run into even without trying.  If you are in the region, it is hard to miss. It is located high up on a hill and can be seen for miles.

Schalun Castle, also known as Wildschloss or “Castle in the wild,” is one of three ruins in Liechtenstein. It is located about half a mile from the center of Vaduz. A 12th-century castle that has succumbed to the elements. 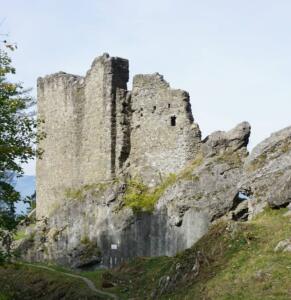 The ruin is open to visitors and is free of charge.

There are two castles, the upper and lower, and both are ruins. Both are located a few hundred meters north of the main road between Vorderer Schellenberg and Mittleler Schellenberg.

Ober Burg translated means “upper castle”; however, this one is now a ruin. The largest of the two and built-in 1200 and inhabited somewhere in the 16th century.

Untere Burg translated means “lower castle: Like the upper, the lower is now a ruin. Smaller and newer than Ober Burg, Untere Burg’s construction finished around 1250, and like Obere, became uninhabited during the 16th century. 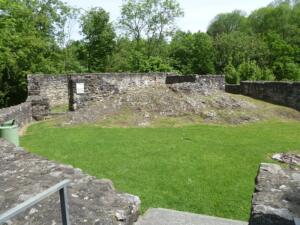 Both of the ruins are now open to visitors and are free of charge.

Known as “The Princely House of Liechtenstein,” Vaduz Castle overlooks Liechtenstein’s capital city, Vaduz, named after the castle. Vaduz Castle is a stunning palace and the official residence of the Prince of Liechtenstein. This Liechtenstein castle, like all the others, was built in the 12th century.  The Royal family still lives in the castle, so it is not open to the public. This said you can always make the most of its magnificence from afar.  Even if you only lunch in Liechtenstein, you will run into this castle sat way above the capital. 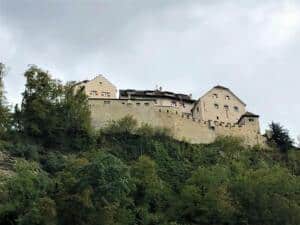 As mentioned above, I had never even heard of Liechtenstein before we stumbled across it. I’m glad that we did! Small yet charming and packed with history. Further, I’m surprised that it does not get more mention.  Visit Liechtenstein like we did and take advantage of the area’s medieval castles.