Most people that visit Luxembourg tend only to see the capital Luxembourg City. Others venture into the countryside to explore small villages and discover castles. However, the small farming town of Kahler Luxembourg offers urban explorers the opportunity to see murals decorated with colorful graffiti art.

Here’s why Kahler Luxembourg is worth visiting!

Luxembourg is a small country in Western Europe, bordered by Belgium to the west, Germany to the east, and France to the south. Its population is around 600,000 people, and its capital and largest city are Luxembourg City.

The official languages are French, German, and Luxembourgish. Luxembourg is a parliamentary democracy with a constitutional monarchy and is a member of the European Union, the United Nations, and NATO. The economy of Luxembourg is highly developed and industrialized, with a focus on banking and finance, and it has one of the highest GDP per capita in the world. The country is also known for its picturesque landscapes and historic castles.

Kahler “Koler” in Luxembourgish is a village in the commune of Garnich in southwestern Luxembourg. As of 2001, the village has a population of 188. This idyllic village stands out among the many scattered ones west of Luxembourg.

When you visit Kahler, in the municipality of Garnich, you will find many murals decorated with colorful graffiti.

What is Graffiti Art

Graffiti is a form of street art that involves writing or drawing on public surfaces, often unauthorized or illegal. It can take many forms, including tags (a stylized signature), throw-ups (quick, often block-letter graffiti), and murals (large-scale, often highly detailed pieces).

Graffiti has a long history, with examples dating back to ancient civilizations, but it has become particularly associated with urban environments and youth culture. Some people see it as vandalism, while others view it as a legitimate form of self-expression and a means of reclaiming public space.

Related:  Detroit is considered by many as the Urban Art capital of America. Aside from the buildings you can explore, there are tons of Graffiti murals to explore! Detroit Buildings – Touring The Abandoned Ones

The graffiti art in Kahler is a deliberate “urbanization” of the village under the movement “Make Koler Kooler.”

Graffiti artist Alain Welter has transformed his hometown. “Make Koler Kooler” is the name of his project.

With the help of a few colleagues, a young local artist transformed the facades of village houses into a massive work of art.

As a result of their creativity, the residents of Kahler took the concept of “urbanization” a step further by creating a cinema in the old school, which had no less equipment than a large complex.

Luxembourgish artist and illustrator Alain Welter is known for his murals and illustrations. Having graduated from Berlin’s Illustration Institute, he returned to Luxembourg to bring color to walls, barns, bridges, facades, cooling towers, buses, and commercial spaces.

As a result of Welter’s Urban Art Project, Koler has become a tourist attraction for many.

Graffiti has become ubiquitous in Koler, and you can find it on just about every surface. While technically defined as graffiti, these colorful displays are murals. They can be found on private properties, barn walls, garages, and doorways.

Viewing all the murals does not take a whole day. You can walk the entire town in about an hour. However, it’s worth an hour to see this remote farm decorated with random bursts of blinding color. 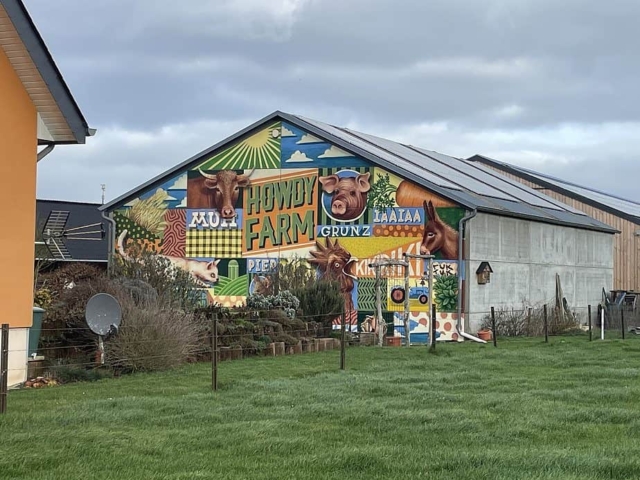 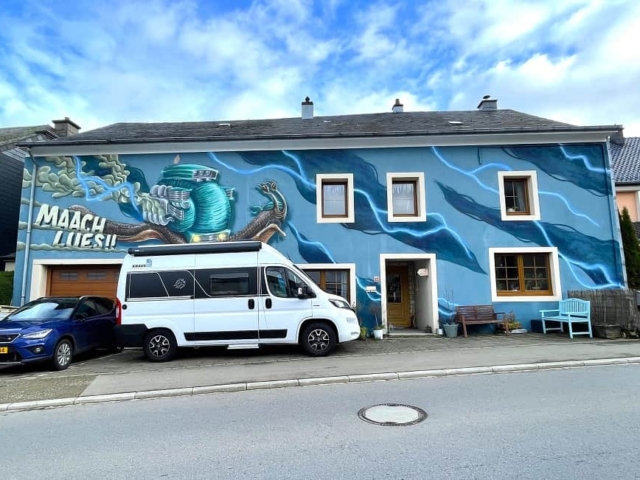 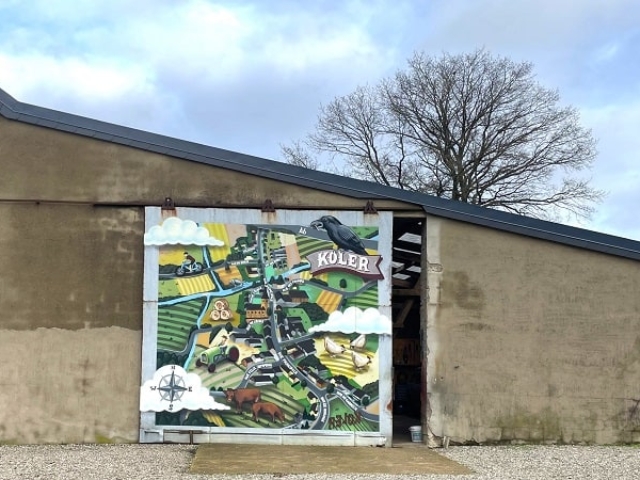 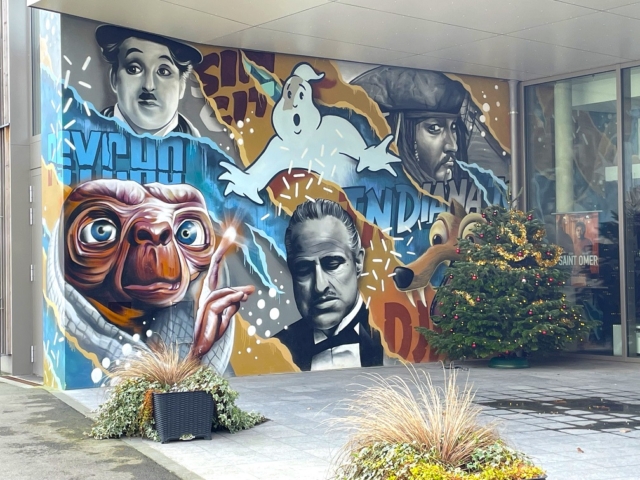 Where is Koler (Kahler) Luxembourg Located?

Koler Luxembourg is located just off the A6 at the Belgian border. The village is sitting between Kleinbettingen, Grass, and Garnech.

It’s about a forty-minute drive from Luxembourg City.

What else is there to see in Koler (Kahler) Luxembourg

There is a church, several religious monuments, and plenty of traditional Luxembourg buildings. The village is also a farming town, so it’s scenic.

If you are visiting, Luxembourg doesn’t limit yourself to Luxembourg City. Get out into the countryside and explore the tiny villages.

Make a point to visit Kahler Luxembourg. It’s a traditional farm village with a twist that all will appreciate.

Looking for more things to do in Luxembourg? Start Here: