Detroit Buildings – Touring The Abandoned Ones

Detroit Buildings. What comes to mind? Eminem’s childhood home, the GM Renaissance Center, The Detroit Tigers Stadium? Perhaps it’s all and more. For me, it is the historic and abandoned buildings. The architectural marvels now lay in ruin, covered in graffiti, a shamble of their original glory.

We spent a long weekend in Detroit touring the abandoned buildings. As much as we like to explore on our own, I wanted to take a local tour because some of the buildings we wanted to view are in less than desirable locations; secondly, we are not experienced, urban explorers.

Researching our options, I came across hundreds of photos by Jesse Welter, a local photographer fascinated with urbexing and Detroit’s architecture. I found Jesse’s website Motor City Photo Workshops, and realized that he offered tours. I don’t think you can do any better than take a trip like this with a local photographer that shares your passion. Four of us did this tour, which cost $75 a person and was one of the best seventy-five dollars ever spent.

Sadly, Jesse no longer offers the tour however, I will share alternative options below.

We did this tour before I had a blog. Sharing this experience has been on my to-do list for a while. I was recently re-motivated to write this after reading one of my favorite bloggers’ posts: A Work of Street Art: The Best Murals in Nashville. The murals reminded me of Detroit’s graffiti, which, while not the same, are both urban art forms.

Where To Stay In Detroit

Dee Dee Martel and I took all the photographs for this post.

An iconic train station, also known as Michigan Central Depot or MCS, was the tallest of all rail stations when it was constructed in 1913. This station was once a showpiece over the top marble floors, with galore bronze chandeliers and Corinthian columns. A masterpiece is worthy of comparison to Central Station in New York. You may recognize this station. It’s been featured in many films, and Eminem has shot Eminem shot music videos here as well. As rail travel began to decline, this station ultimately closed in 1998.

We could not enter the station, but you could still marvel at the beauty from the outside.

This was a favorite for me; sadly, it can only be enjoyed through memories and photos. It was Demolished in Nov 2015.

Upon arrival, we were met by the local prostitute and the local crack head who was riding a toddler‘s bike. Yes, a toddler’s bike! Both out and about enjoying the morning at 8 am. Visualize the scene in Friday where the oversized De Bo is riding Red’s bike. Now you have an idea of what this was like! 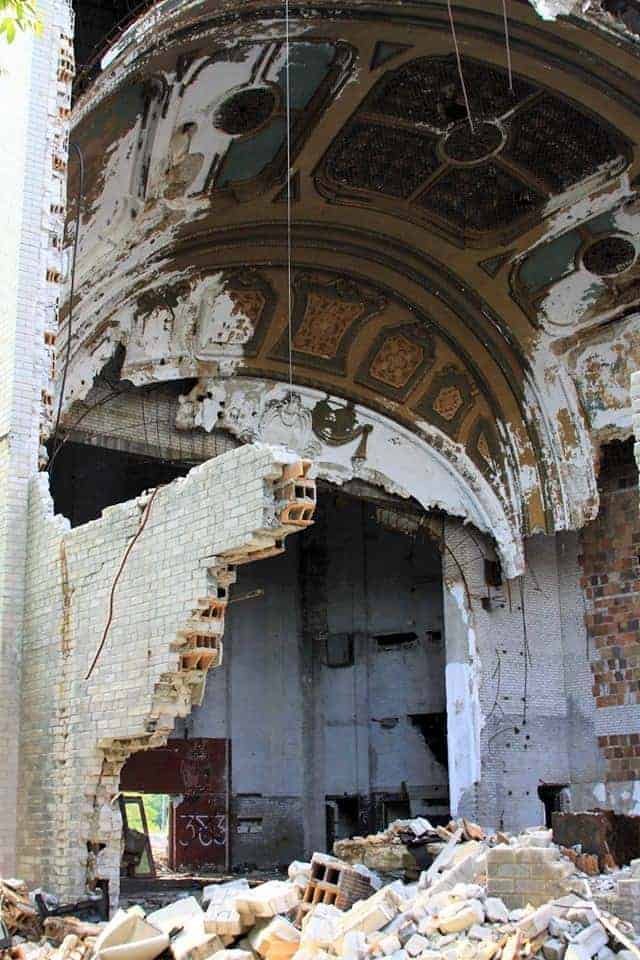 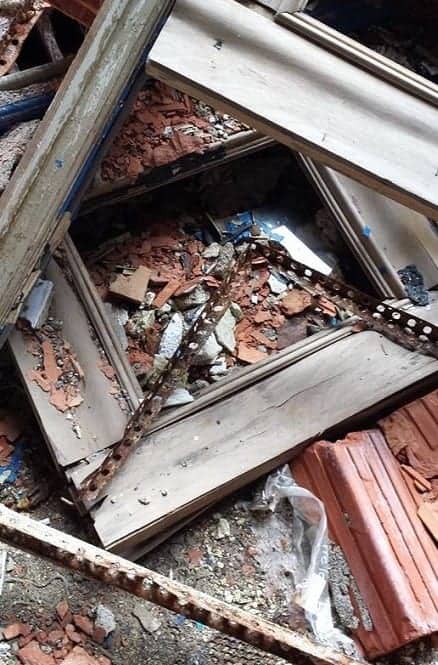 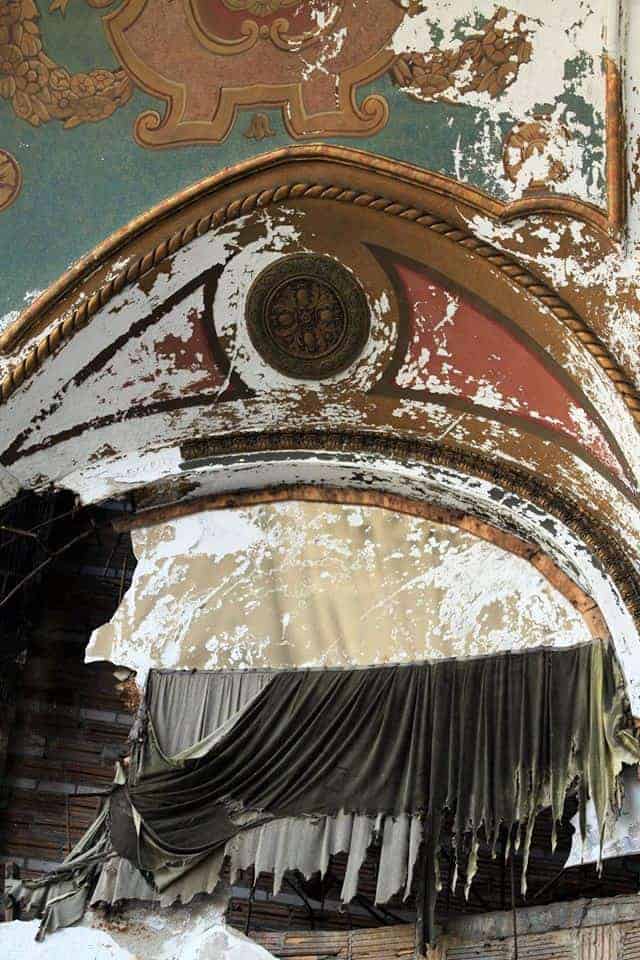 The prostitute followed us all over, harmlessly sharing her version of the history of the theater while asking to be tipped. This quickly turned into full-on begging, which became annoying. She was shooed away and eventually left us to our exploration.

The Eastown Theatre opened in 1931, initially as a movie theater. It was converted to a rock venue in 1967, hosting some big names like Fleetwood Mac. In the ’90s, like many other Detroit Buildings, this one hosted some raves in the 90s. In 2010, most of the building was destroyed by a fire. The once fantastic dome ceiling is gone forever, traces remaining in crumbles below.

This church is an urban explorer’s dream! It’s got all the cliché elements. An old decrepit grand piano is staged on its side to create drama. For that perfect shot, random plastic flowers laid throughout, shoes and flowers aesthetically. Bibles galore and plenty of paperwork (including checks) give you a glimpse into its past. This church has been photographed many times, the grand piano’s main focal piece. 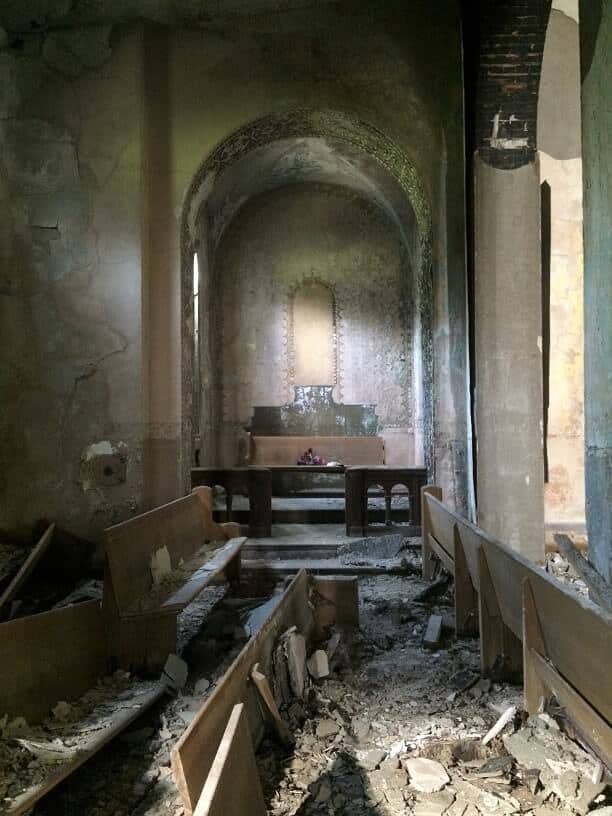 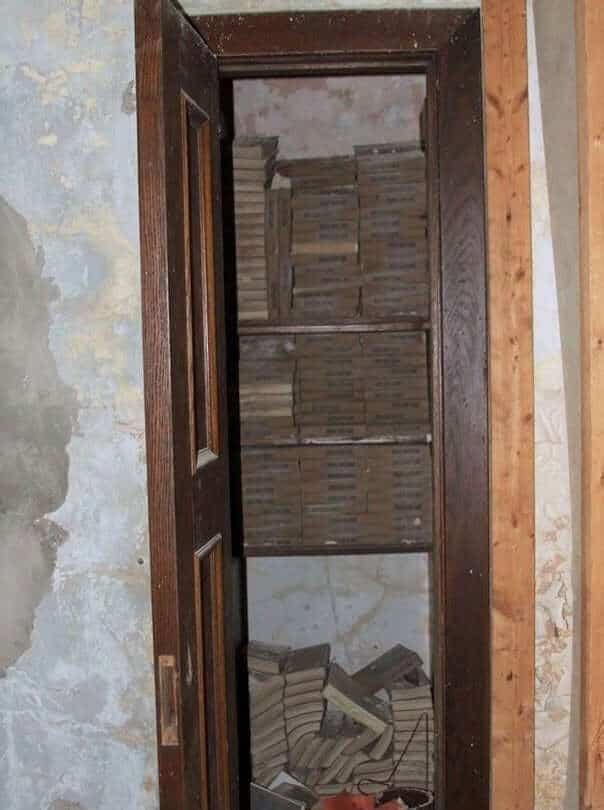 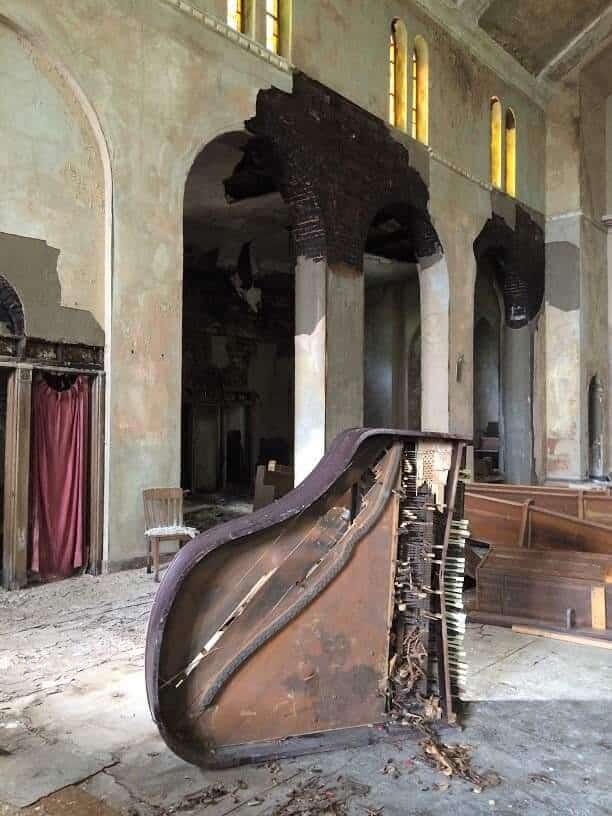 The graffiti lover’s paradise, this place is packed with graffiti, and some of it is very entertaining.  Though forewarning, this place is also full of vagrants, human feces, and urine, so watch your step! 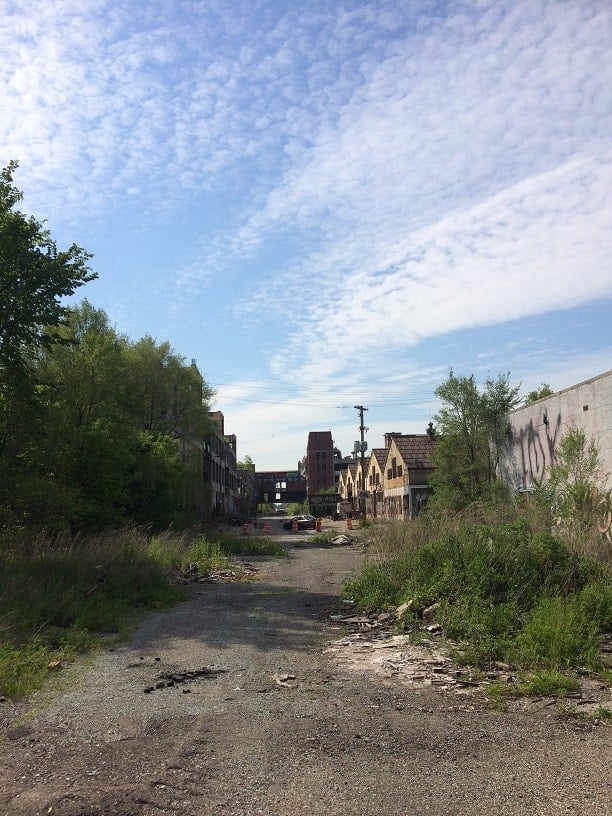 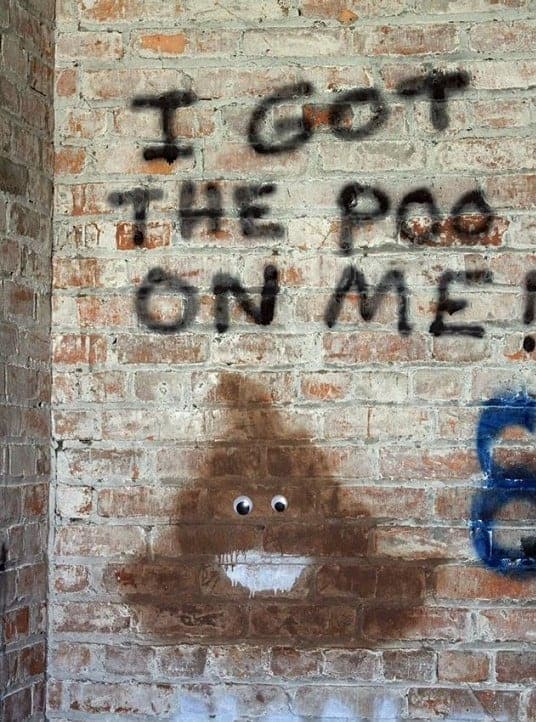 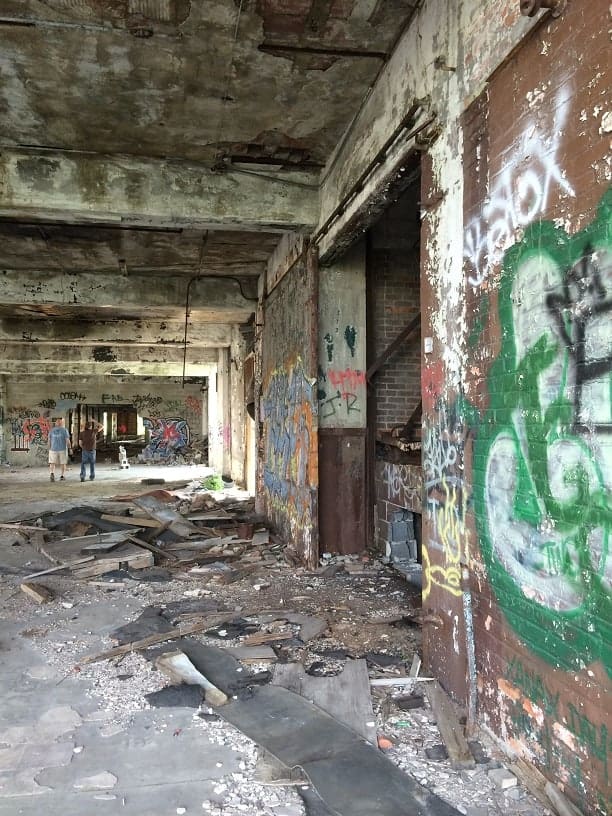 Packard Automotive Plant occupies a whopping 3,500,000-square-foot on 40 acres. It was the heart of the automobile industry boom. Opening in 1903 and closing in 1958. During its abandonment, it’s been used for paintball, raves, scrapping, and shelter. In 2017, Arte Express began renovations. 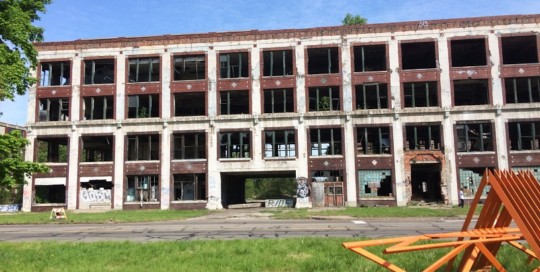 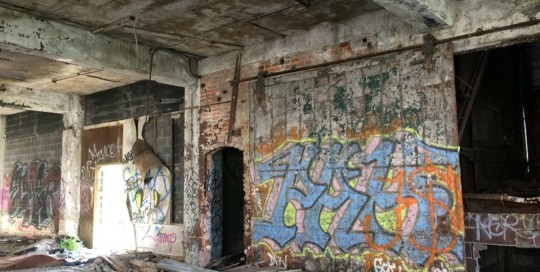 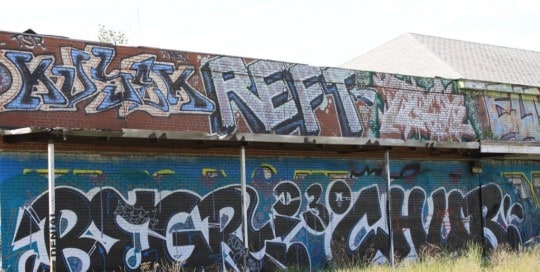 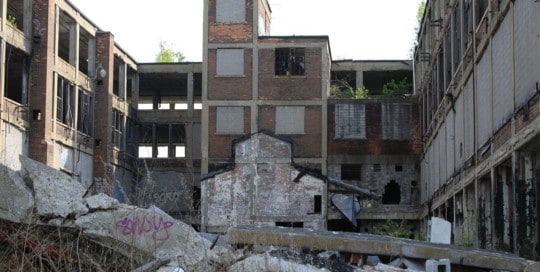 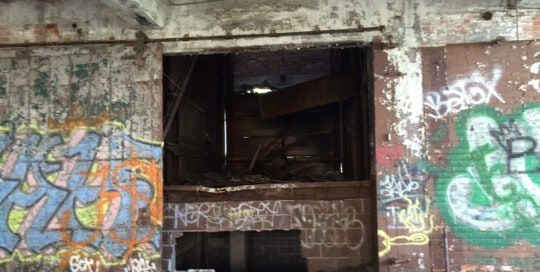 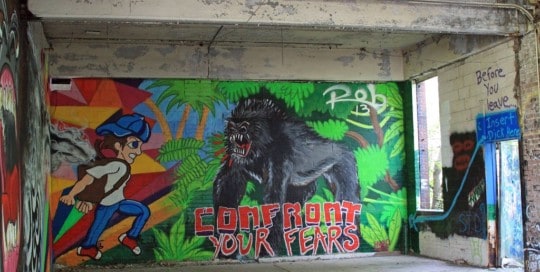 This one is exciting and sad. I say it’s unfortunate because it’s humongous, yet there is no sign of life. On several occasions, homes appear to be occupied, but otherwise, this area is like a no man’s land – totally deserted. At least it was when we toured it. This school is massive! During its heyday, it had 2,300 students, which was above the intended capacity. 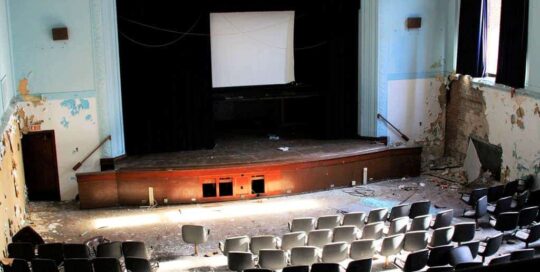 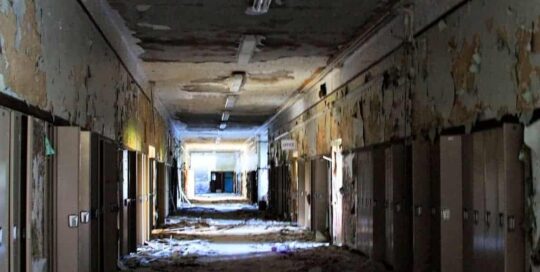 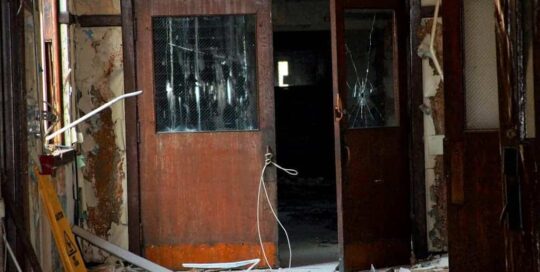 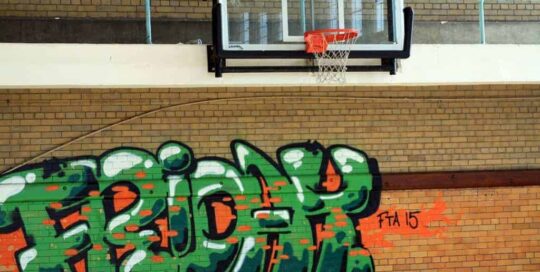 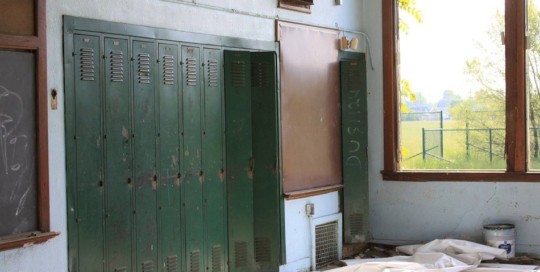 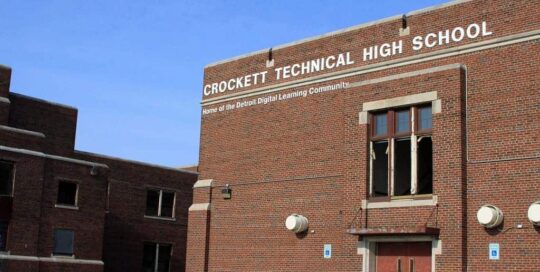 If you get the chance to tour this school, a couple of things will resonate. The sheer size and desertion give your insight into what was. Imagine how many had to have lived in this area for a school of this size. Imagine if you can why they left. If you are unfamiliar with the city of Detroit’s struggle, now would be a good time to read about it.

Essentially, in 2013 Detroit became the city ever to file for bankruptcy. This did not happen overnight nor in the 21st century. The demise started around 1950 with the decentralization of the auto industry and moving away from the city to the suburbs. From there, a trickle-down financial effect followed. This is a tremendously simplified summary. Many other factors contributed to a more profound decline, including government fraud, racism, and poor management of the city.

Visiting this plant was a bonus! It was not on our original tour, nor had we heard of this particular plant. Much like the Packard Automotive Plant, this is a big plant but a fraction of the size. If you attempt this one, know there is a ton of staircase climbing. I can’t recall exactly how many flights, but after around about 16, everyone in our group except Brian quit. Much as we would have enjoyed the views from the roof, we were knackered!

The Fisher Body Plant was built in 1919 and is a whopping 3,700,000 square feet of floor space. This plant has got tons of original tracks in it. Well, it did when we toured it, and it still has the equipment, such as a floor cleaner! 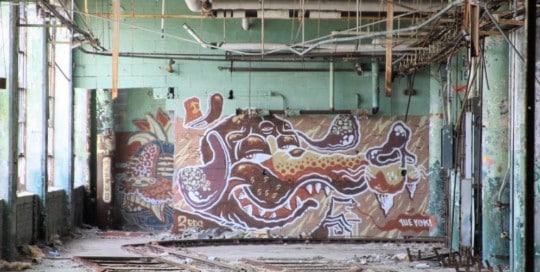 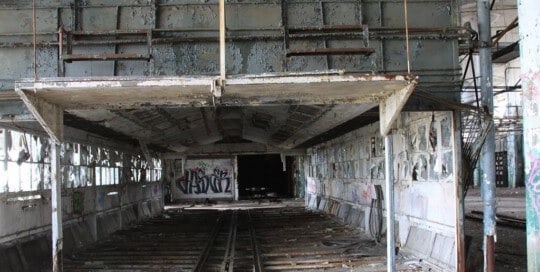 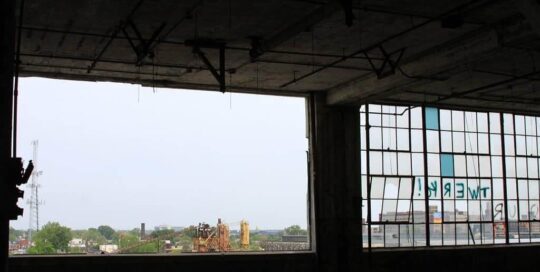 The Michigan Department of Environmental Quality studied the Fisher Body Plant in 2004. The study found the plant full of hazards such as asbestos, lead waste, and other contaminants. So, if you do this one – I did tell you!

Why are Detroit buildings abandoned?

The problem is more related to the economic downturn in Southeast Michigan and the loss of good-paying jobs, which means low-class families aren’t able to afford the mortgages and taxes, so it’s cheaper to walk away from the structure than to keep it.

Does Detroit still have abandoned buildings?

What is the oldest skyscraper in Detroit?

Is Detroit getting a new skyscraper?

Yes, redevelopment at Detroit’s former Hudson’s store is in progress. Bedrock broke ground for development in 2017. More than 10,200 tons of steel and 11,600 beams were used to create structural support for the building’s foundation, which is supported by 130-foot caissons.

In 2023, the Tower will reach its final height of 685 feet, making it the second tallest building in Detroit and the State of Michigan.

I loved our time in Detroit and want to explore it again. There is an endless amount of buildings to explore, and several neighborhoods are making a comeback. For example, visit the mansions at Brush Park or Indian Village. Watch a basketball game. I went to the Ford Automobile, which was terrific. I was shocked at how fascinating this tour was. Or, go to Greenfield Village. Most importantly, if you visit, explore Detroit’s abandoned buildings. Lastly, don’t tour solo – here is a local to ensure you are safe.