Shadowed by the fame of Neuschwanstein Castle, many tourists skip a visit inside Hohenschwangau Castle. For the life of me, I can’t understand why. If you like castles, why would you not go inside both? Fortunately, people have stated that Hohenschwangau Castle is more beautiful than the famous neighbor in recent years.

Here are a few reasons why you should not skip Hohenschwangau Castle and why it rivals its neighbor in beauty. First, Hohenschwangau Castle is where King Ludwig II grew up – aka “The Mad King”; second, it’s finished; third, it is packed with historical artifacts; fourth, the inside design is beautiful lastly, it has lovely gardens.

Visually from the outside, the yellow walls and traditional design pale compared to Neuschwanstein Castle, but the inside outshines Neuschwanstein by far.

Maximilian II reigned as King of Bavaria between 1848 and 1864. He was a popular king, mainly due to his political commitment rather than overspending, opulence, and excess. Traits that many rulers of this era adopted as norms.

He is beloved for his effort to restore stability to the Bavarian region and his commitment to maintaining Bavarian independence during Germany’s wars.

The king battled constant health issues, one of the main reasons he spent so much time in the countryside.

He was married to Marie Friederike Franziska Hedwig and had one daughter and two sons. One of those sons, King Ludwig II of Bavaria (The Mad King), succeeded him following his death in 1864.

The History of Hohenschwangau Castle

The young King Maximillian II, when still a prince, discovered a castle ruin atop the hill that Hohenschwangau Castle sits on. The ruin dating back to the 12th century was known as Fortress Schwanstein. The ruin and location captured his attention.

Construction of the Hohenschwangau Castle began in 1832 and took approximately ten years to complete.

Maximilian set about to embrace the new architectural style of the times – Gothic Revival, which he combined with modern building technology. Additionally, incorporating the square building trend for castles of the time.

Like Neuschwanstein Castle, you must take a guided tour. You can’t wander the inside at your leisure. And tours are timed. The tours are busy, you overlap with other guests as you move from one room to another, but it is not rushed. Our guide did a thorough job explaining the architectural significance of features, furniture, and paintings.

The walls of this castle are a story of their own. Many of the walls were painted by Domenico Quaglio, an Italian painter and architect. Some notable rooms are the Drinking Hall of the castle that has been turned into a chapel.

Almost all the interior walls and ceilings are painted with scenes depicting German folklore or medieval legends. Many pay homage to swans, the heraldic animal featured on the king’s coat of arms. There is even a room called the Hall of the Swan Knight.

The castle is 10 763 square feet. All the rooms are finished, and the family spent many summers here. The largest room is the Hall of Heroes and Knights that takes up the width of the castle.

The tour only takes approximately thirty-five minutes, and you will only see a few rooms on display to the public.

Note: You cannot take any photographs inside Hohenschwangau Castle

The Gardens of Hohenschwangau Castle

Not sprawling due to sitting on top of a hill, the gardens of Hohenschwangau are impressive. Also created by Domenico Quaglio, they have the same charm and style as the inside. Perhaps even a little more stunning.

The highlight of the garden is the swan fountain encased in the multi-layered circular bush. 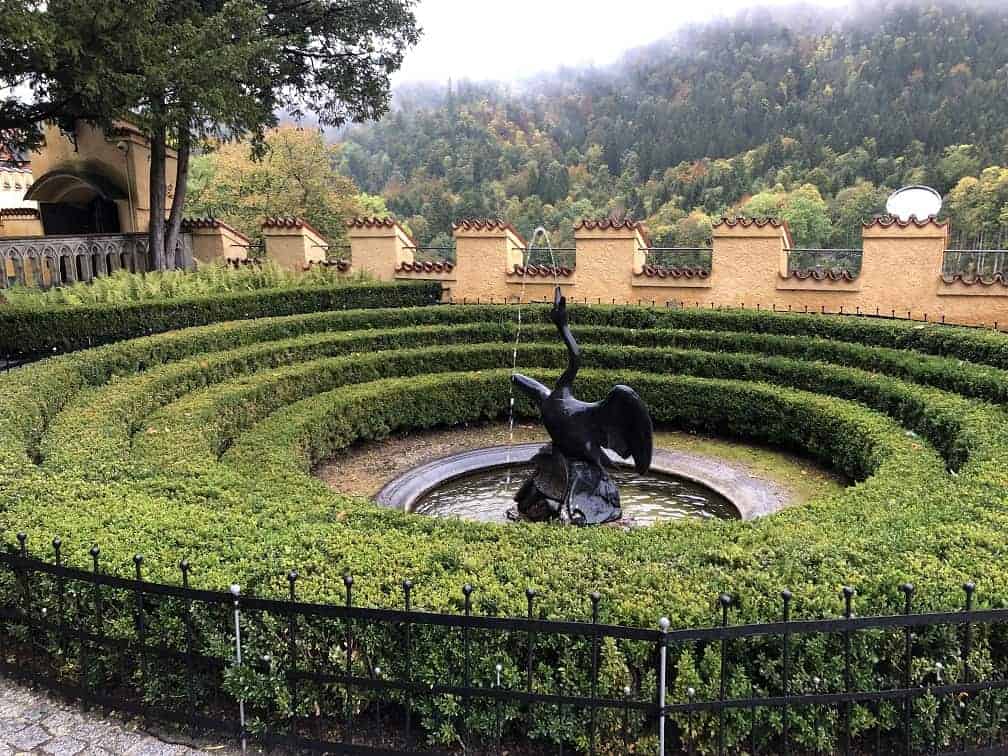 You will get to see the most divine inside-outside sunken marble jacuzzi man ever created in the gardens. It is an unimaginable piece of marble decadence art with function.  I can imagine how relaxing a bath here would have been. You can’t enter it, but you can view it from the outside. 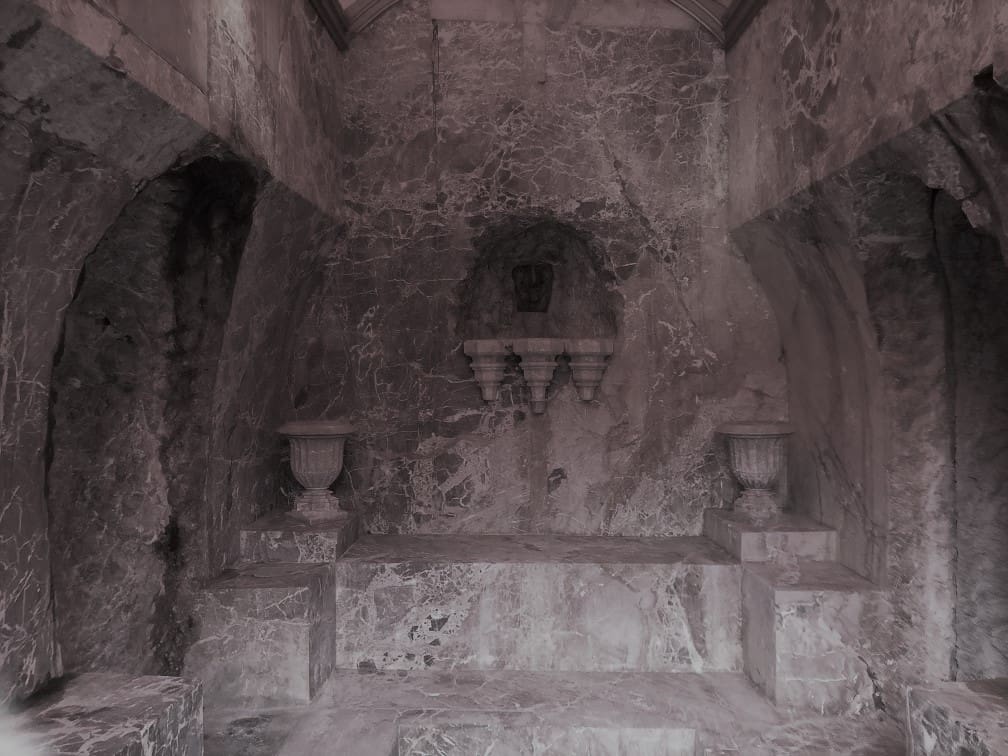 You also can visit the chapel via the gardens, which is a short walk down the side of the castle walls.

Then there are the views of Lake Alpsee, which is worth the visit alone. 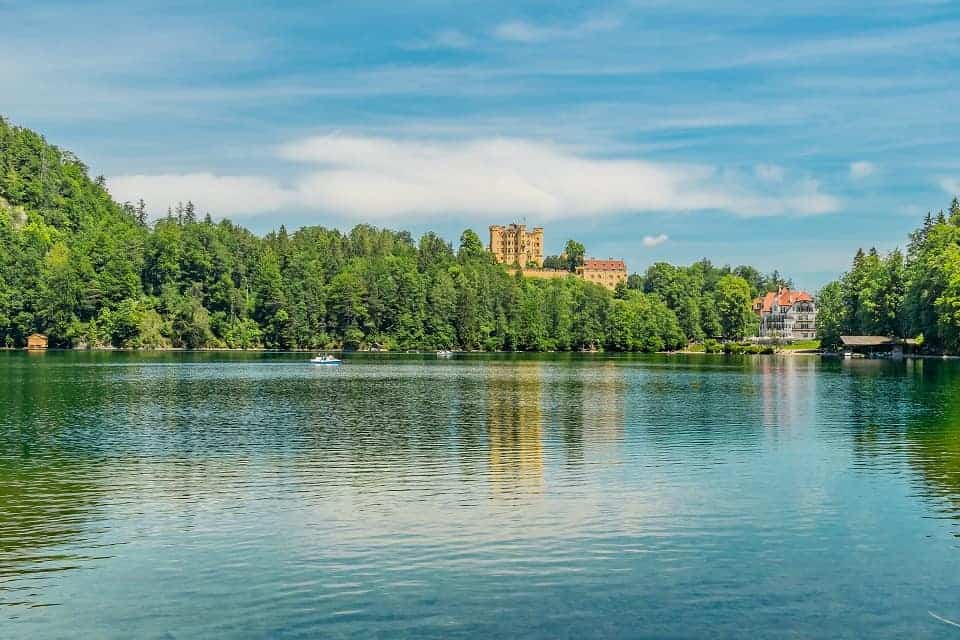 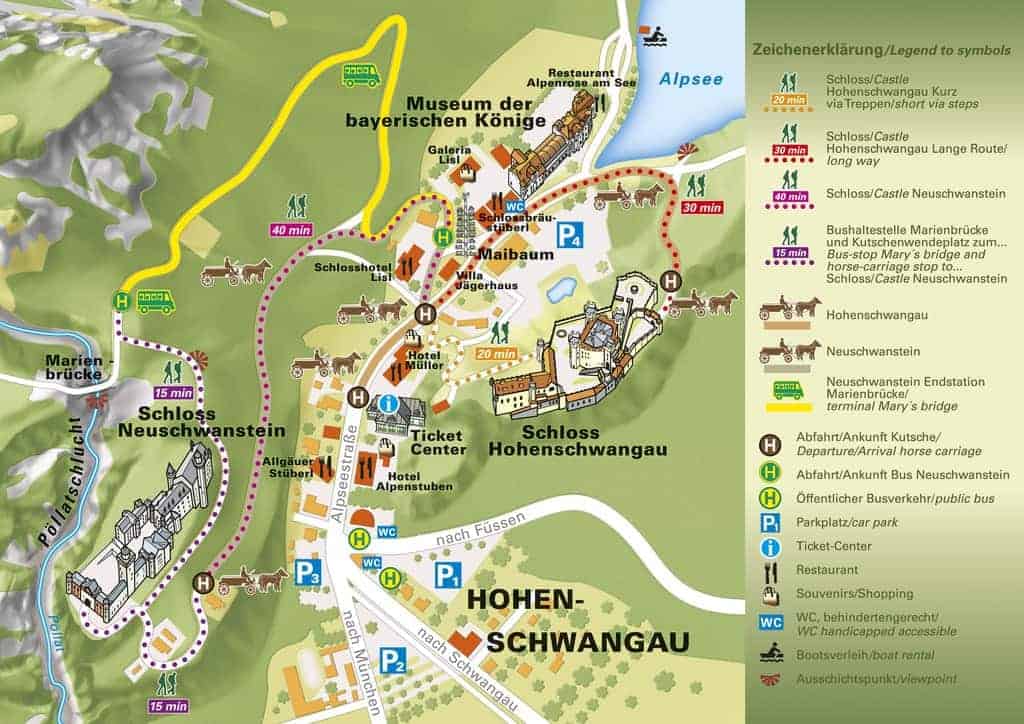 How to Get Up to Hohenschwangau Castle

Getting up Hohenschwangau Castle is an easy twenty-minute walk from the ticket center.  We walked both up and down to Hohenschwangau. If you do not want to walk, you can take the carriage up.

Getting Tickets to go inside Hohenschwangau Castle

As of 2020, both castles receive more than 1.4 million visitors a year. Most are heading inside Neuschwanstein.  Approximately 300,000 visitors get tickets to go inside Hohenschwangau.

You can buy a ticket on the same day.  However, I strongly recommend that you purchase tickets in advance. There are a few reasons for this:

The ticket counter is located at:

The following combination tickets are available:

Remember that all tours are timed when you book tickets and allow yourself enough time to get from one castle to another.

Essentials You Will Need To Enjoy Hohenschwangau Castle 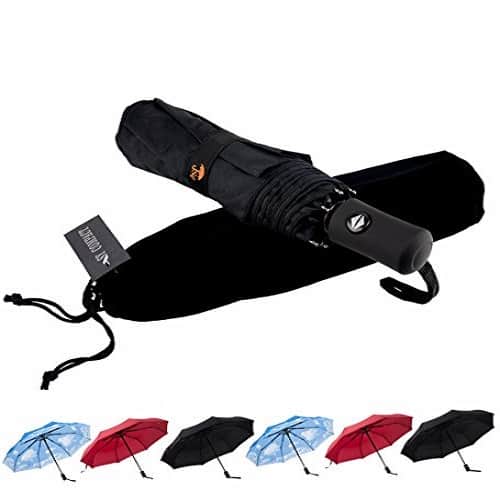 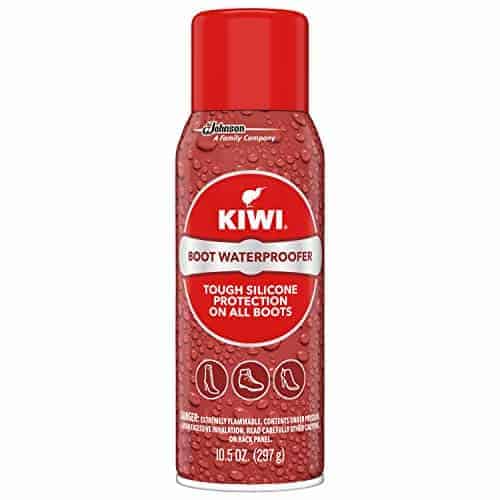 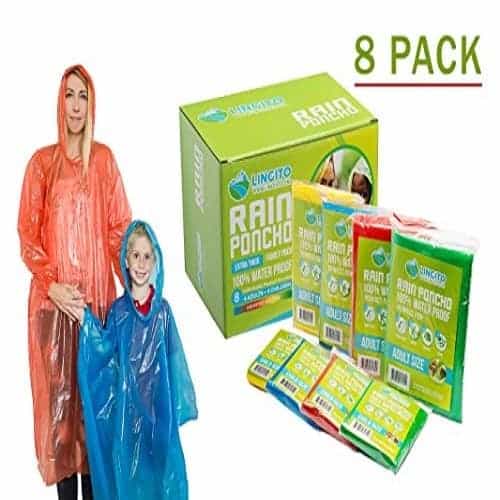 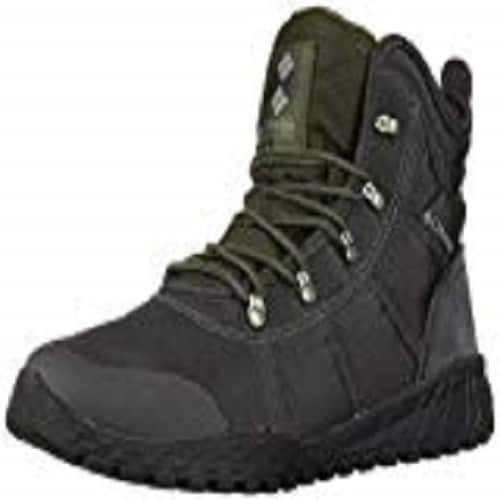 Where To Stay Near Hohenschwangau Castle

We did both, and Hohenschwangau was the best.

The tour felt longer even though it takes about the same amount of time as Neuschwanstein. There are more rooms on display, and the house is tastefully decorated yet reflective of the period.

A lot of people skip going inside Hohenschwangau Castle, and this is a mistake.

Lastly, a fairytale-like town called Fussen is only a six-minute drive away or two miles away. You will enter into a circle maze of cobbled streets that hold an endless array of things to do behind this town’s castle walls.

Looking for more posts on Castles and Mansions? Start here: