The Howey Mansion in Florida might not be as well-known as other mansions from the 1900s. It might not be as famous, significant, or opulent, but it has a rich history and a fascinating story, and it’s been renovated to capture the original luster.

A massive fan of mansions, palaces, and stately homes, visiting the Howey Mansion has been on my Florida bucket list for a while. I was eying it up when it was derelict. And while the renovated version is delightful, I wish I had taken a chance to see it before the renovation. On January 27, 1983, it was added to the U.S. National Register of Historic Places.

The Howey Mansion is located at 1001 Citrus Ave. Howey in the Hills, Florida.

History of The Howey Mansion

I’m going to give you the abbreviated version. If I tell you everything, the tour won’t be as interesting for you.

This 20-room mansion was built in 1925 by William J. Howey, a citrus fruit innovator, being one of the first to ship fruit to England. Howey died of a heart attack in 1938 at the age of 62. Mary Grace Hastings (his wife) continued to live here until she died in 1981. Both Howie and his wife lay at rest on-site in a mausoleum.

The next owner was Marvel Zona, who acquired it in 1984. Long story short, Zona got conned into a reverse mortgage to get funds to assist her sick husband. This resulted in her inability to pay the mortgage or maintain the mansion.  Zona was foreclosed on in 2008, and the estate started its journey as an abandoned building.

Nine years later, in 2017, the property was auctioned and sold to Brad Cowherd, who operates Florida Oranges Land Co. Cowherd paid $630,000 and has invested over a million dollars in restorations.

In May 2018, the Howey Mansion was opened to the public as a venue for special events, weddings, and private parties. You can also tour the mansion, assuming there is not an event taking place.

Inside The Howey Mansion

The mansion is a 7188 square foot, 20-room Mediterranean Revival Style home. None of the rooms feature the original furniture because Marvel Zona sold it while in financial distress. The furniture inside is true to the era, and a bonus is you can touch and feel everything given; it’s not a historical artifact. You can even open every door and peek at what’s behind them, an unusual perk that is not common in historic properties. 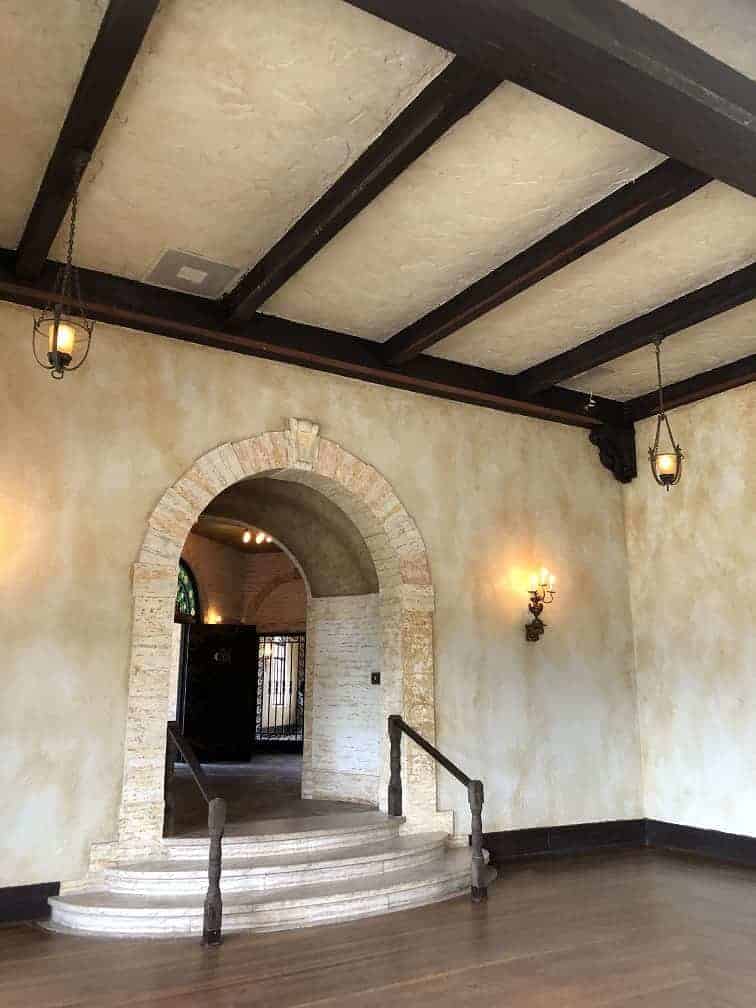 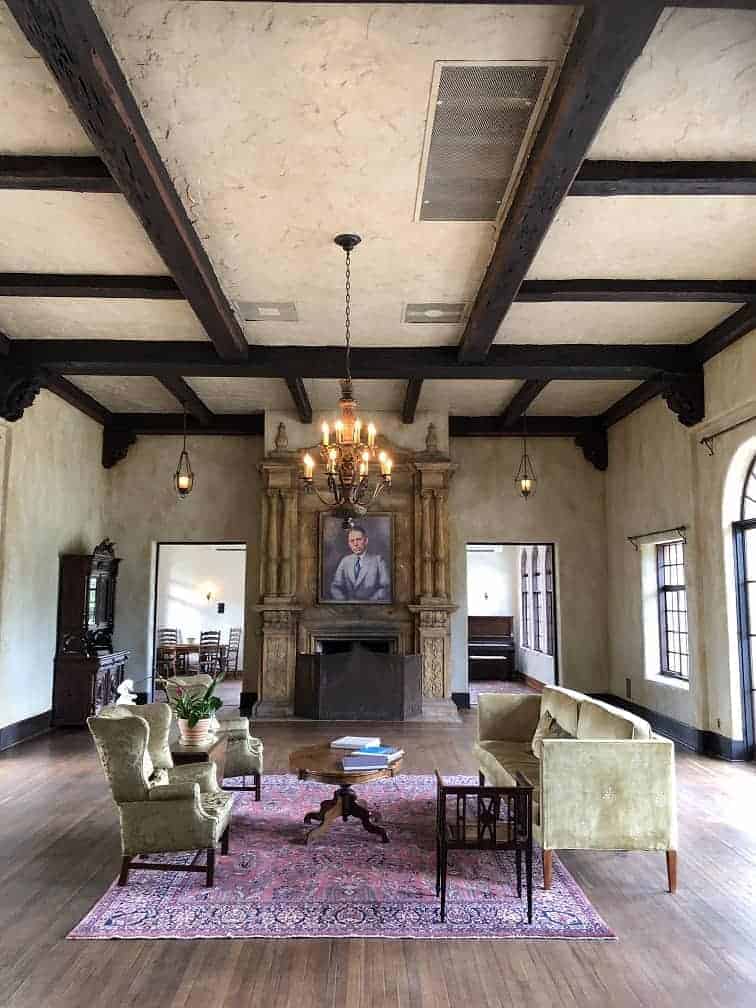 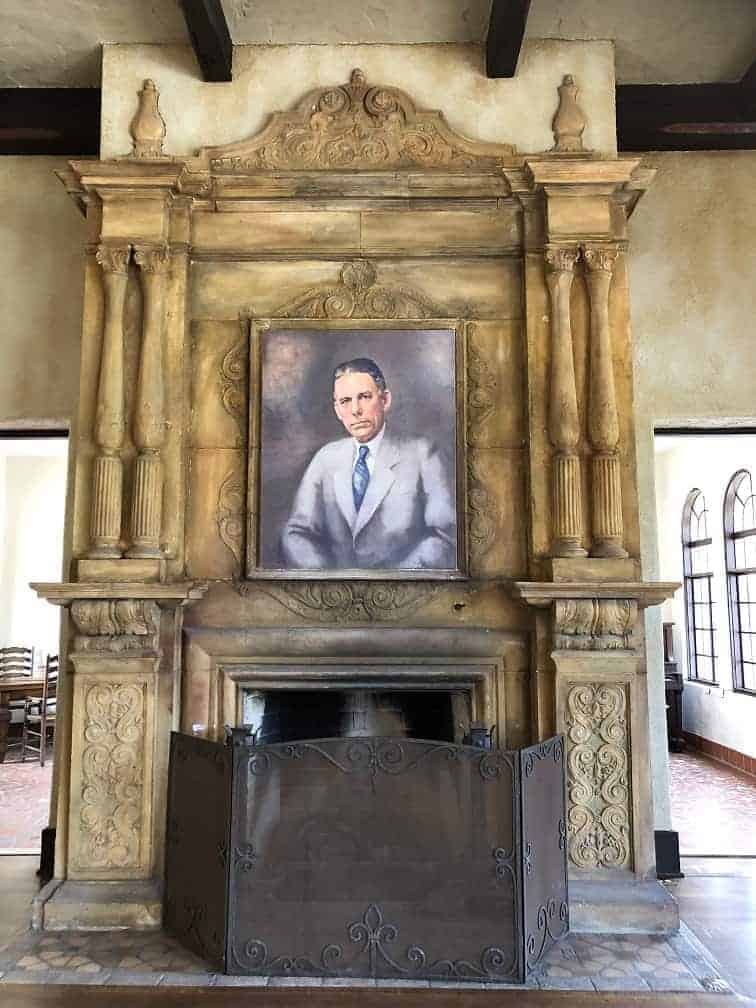 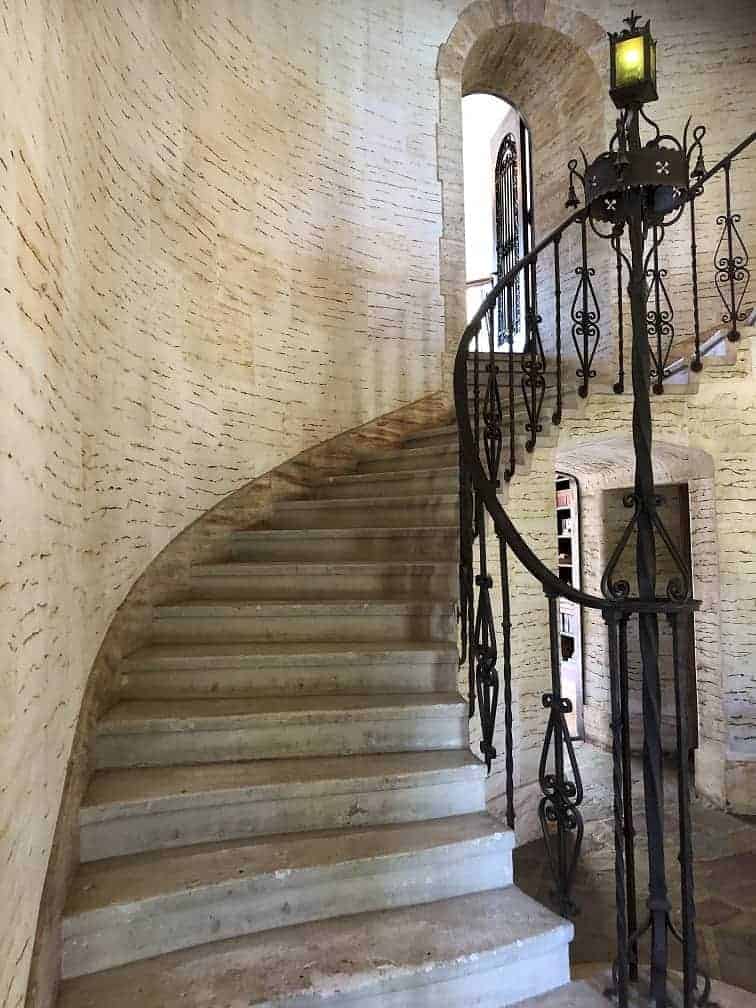 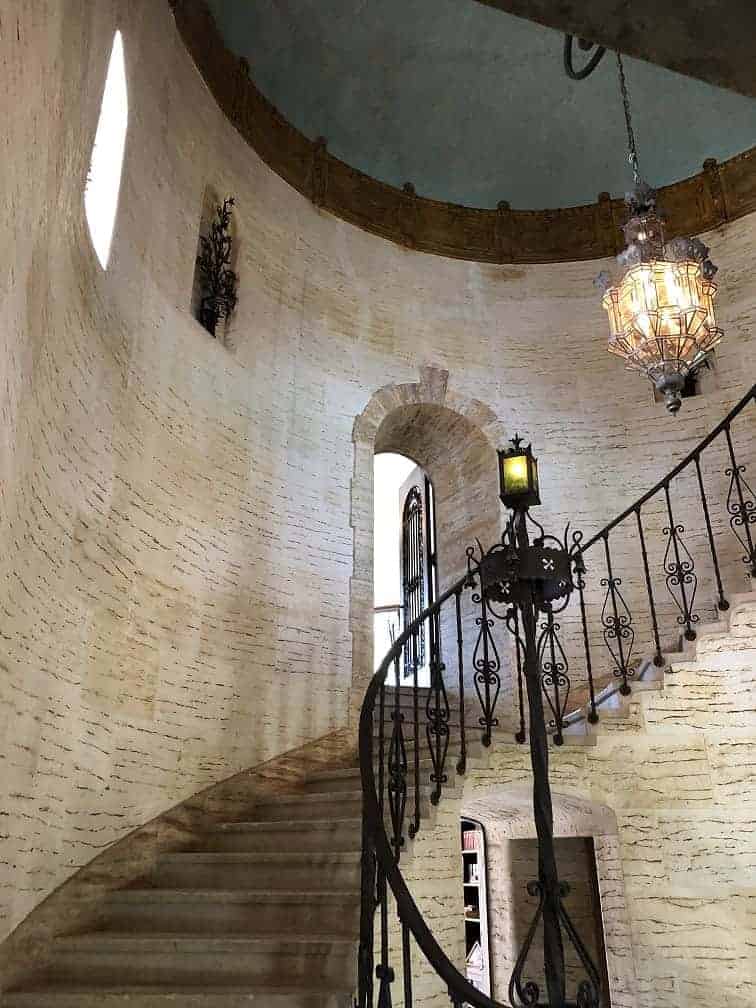 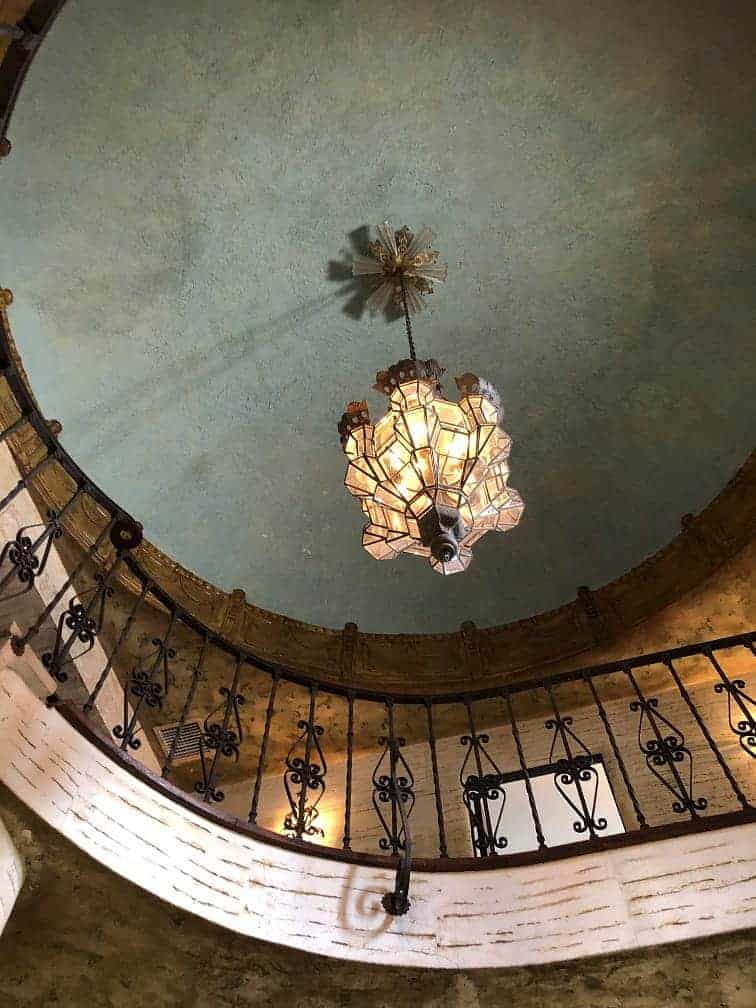 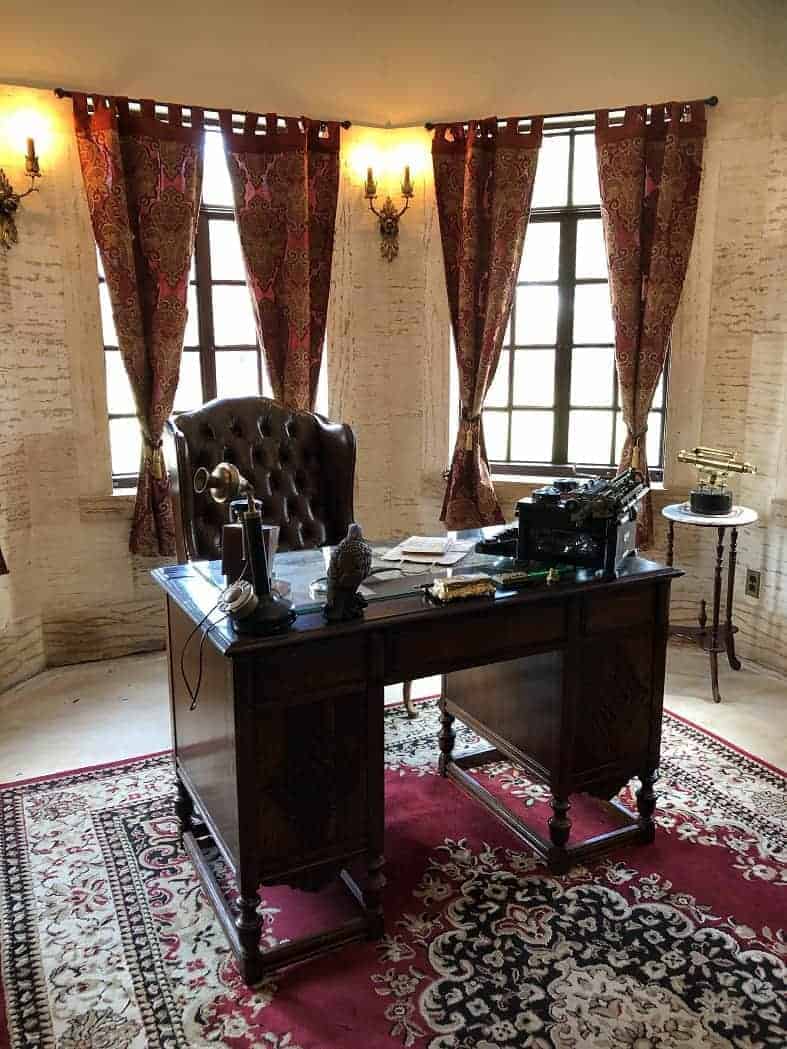 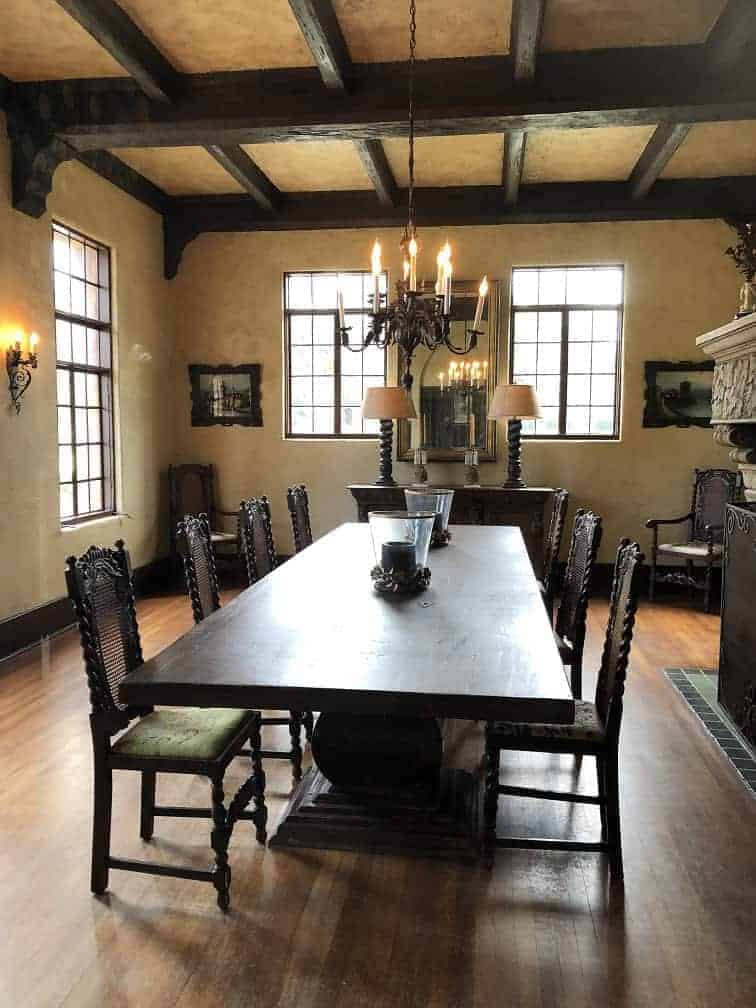 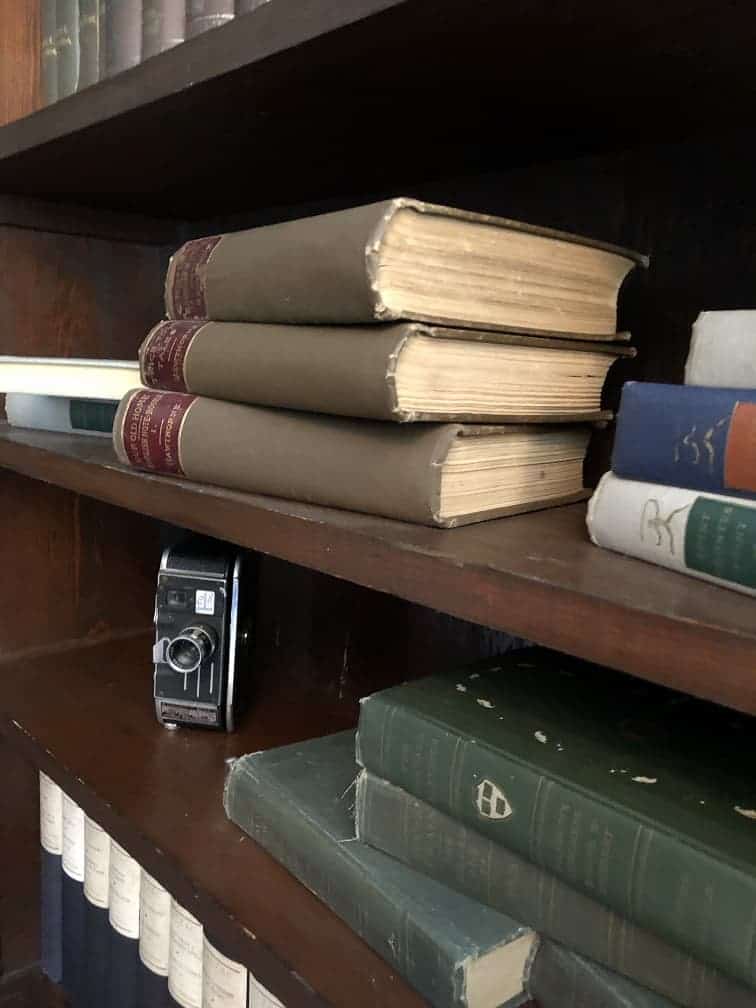 This was my personal favorite. In 1919, Congress passed the Volstead Act enforcing prohibition under the 18th Amendment. The ban on alcohol was in place until 1933. This did not stop the Howeys! They installed a secretly hidden basement to stash all of their alcohol. Talk about forward-thinking!

The first picture is the hidden lock in the library that opens the secret door to the basement. 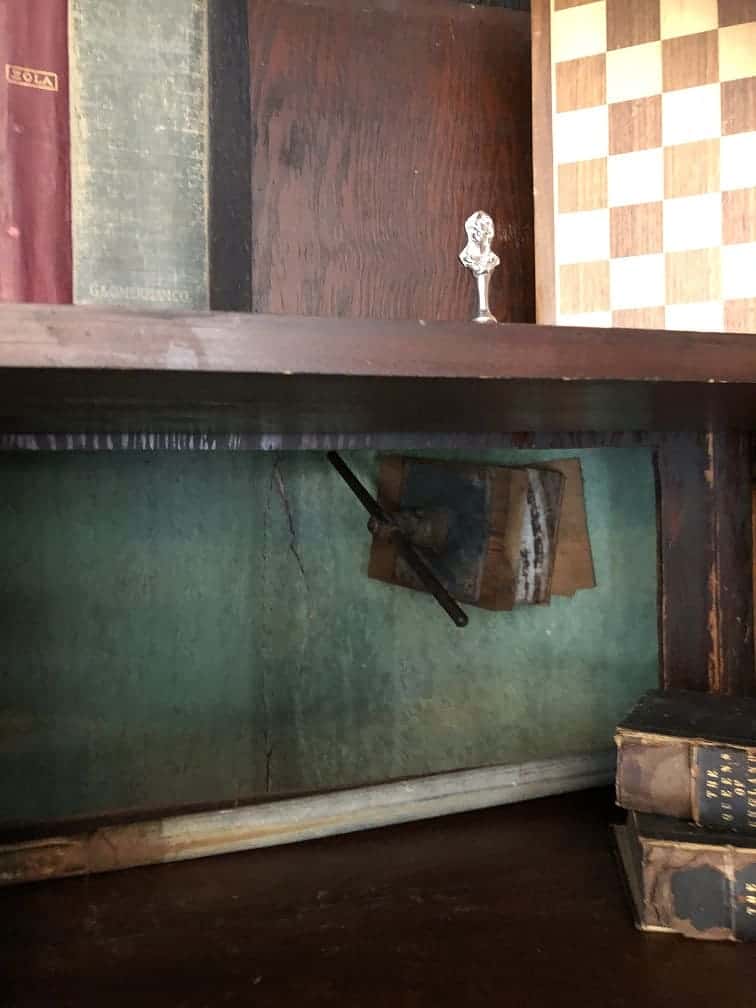 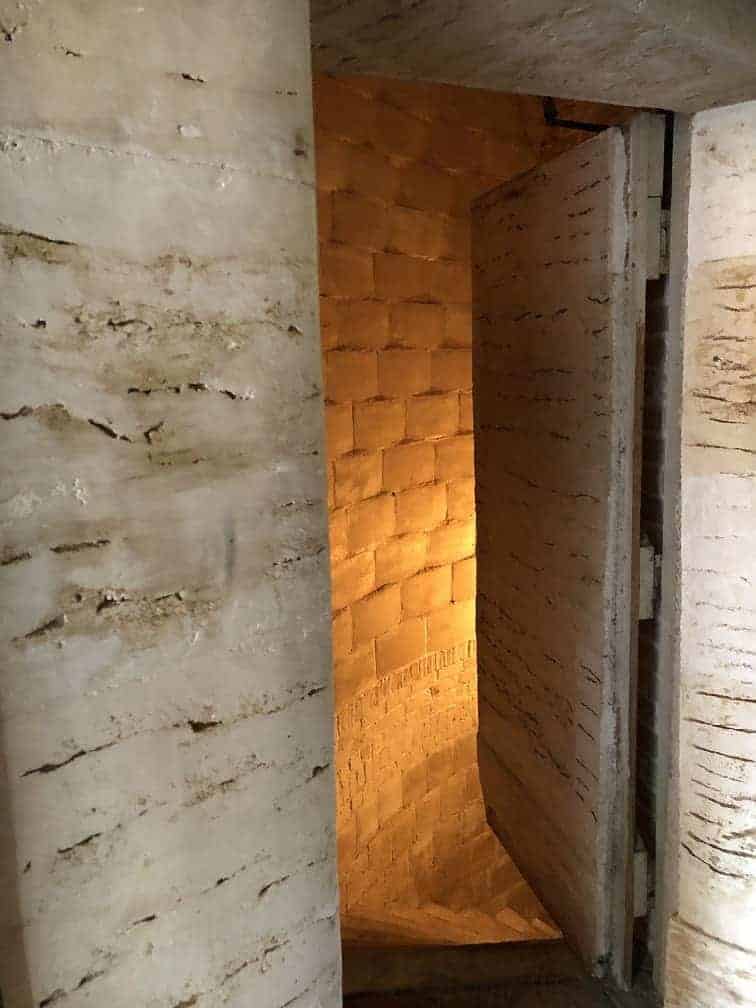 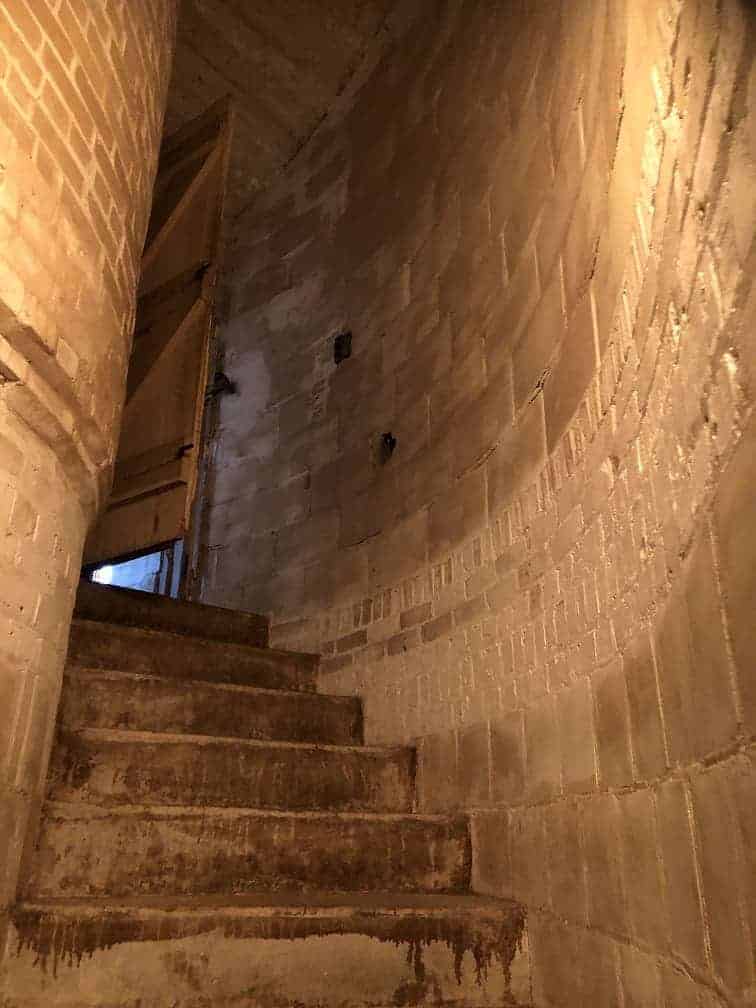 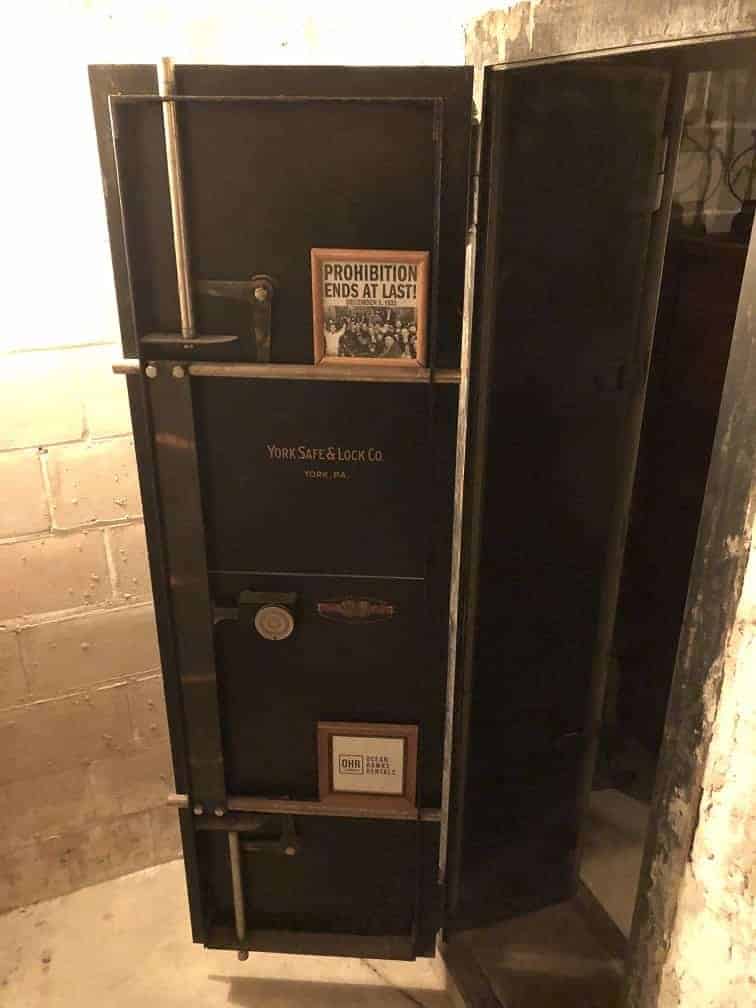 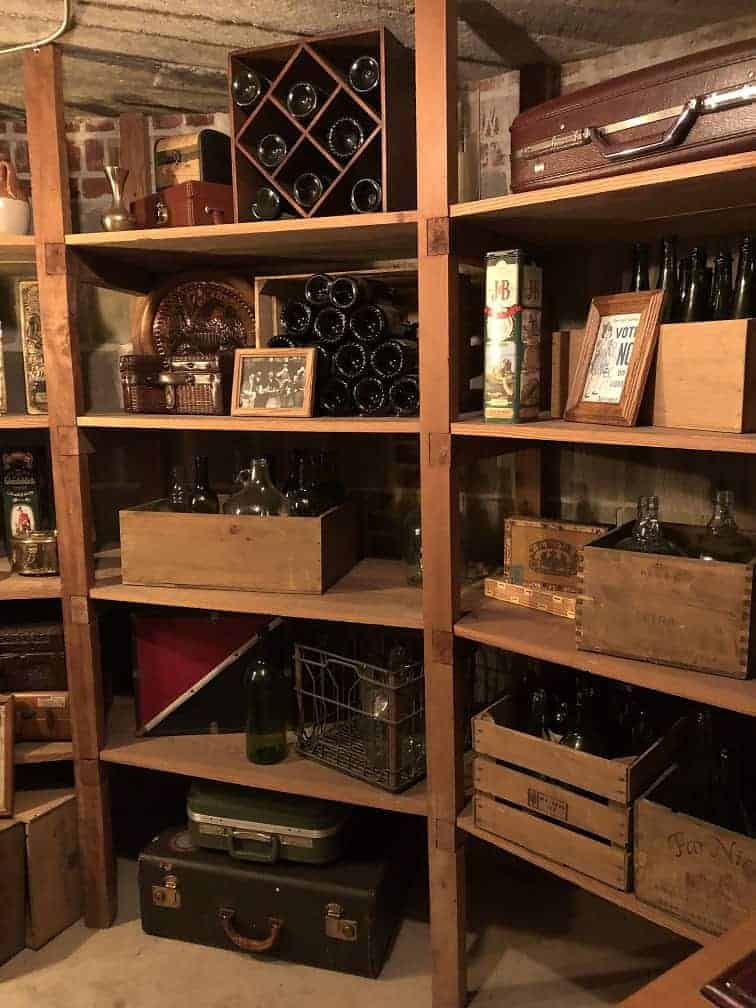 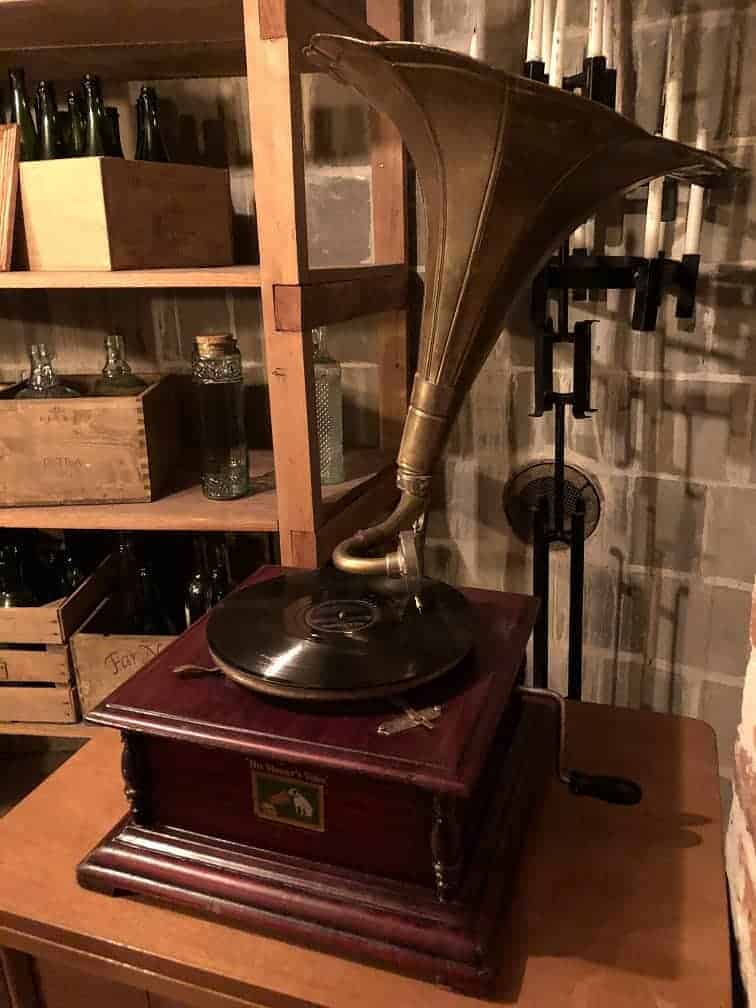 There are many other rooms to explore, like the kitchen, the sunroom, the bedrooms, and the bathrooms. I will not share all the photos with you; I want to leave some surprises for you. Go check out the mansion yourself. Above is only a snapshot of what you will explore. The bedrooms hold some surprises, as do the upper balconies.

Video of Inside The Howey Mansion

Outside The Howey Mansion

Initially, the mansion sat on 15 acres. Much like the furniture, most of the acreage was sold off by Marvel Zona. The Howey Mansion now sits on 4 acres of land. It surprised me that the mansion is not hidden in a remote or hidden location. It’s in a residential area. There are houses on the main street, and a busy road runs directly behind the house. If you are facing the home front, it appears to be a vast estate. Once inside, you can see there is little land at the rear. Regardless, it’s still an impressive estate. 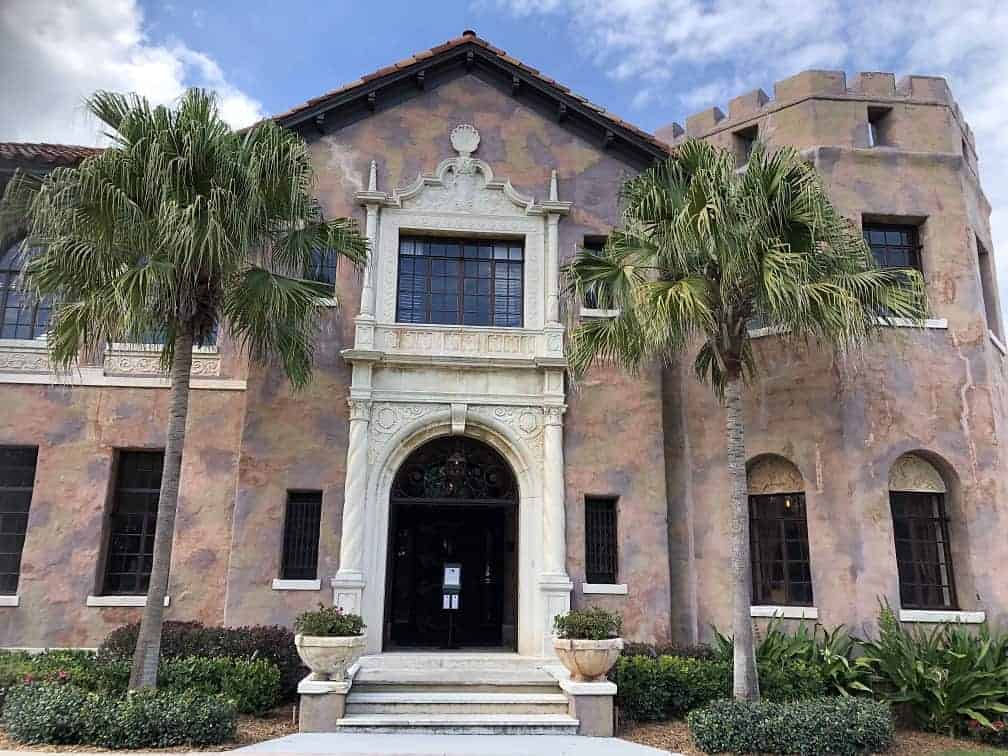 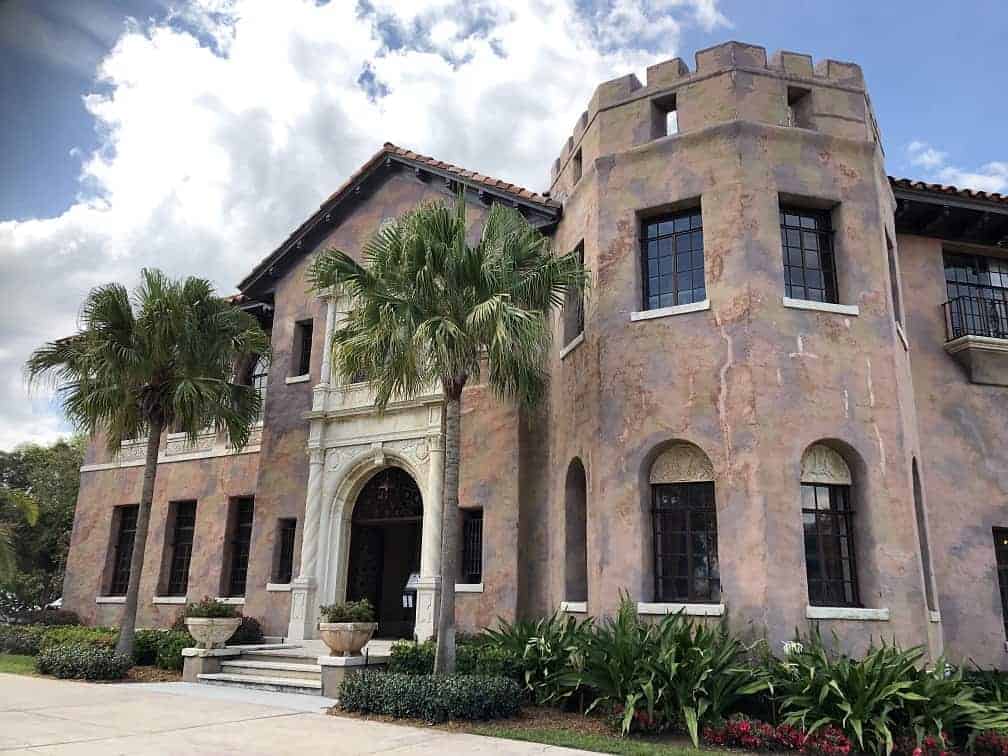 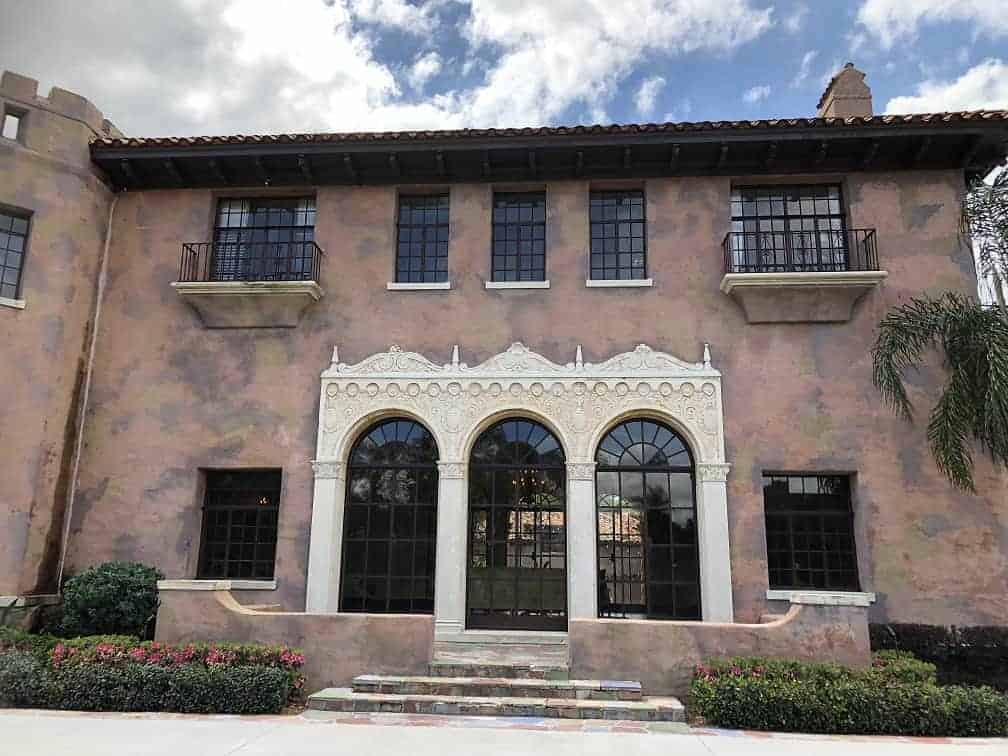 Video of Outside The Howey Mansion

Where To Stay In Howey In The Hills

Who owns the Howey mansion?

Is the Howey mansion haunted?

No, it acquired this accolade as a result of it being abandoned for so long.

Where did the name Howey in the Hills originate?

In 1927, the name was officially changed to Howey-in-the-Hills to reflect the beautiful rolling hills and sparkling lakes, dubbed “the Florida Alps.” Mr. Howey envisioned a great citrus empire with the Town as its commercial and shipping hub. Source: The History of Howey-in-the-Hills

What county is Howey in the Hills?

Howey in the Hills is located in Lake County, Florida.

What is the zip code for Howey in the Hills, Florida?

When is The Howey Mansion open?

Tuesday through Saturday when there isn’t a private event.

If you enjoy architecture or history, the Howey Mansion tour is something you will enjoy. The tour explains the entire history of the property, tells you all about the families that have owned it while also sharing all about the city of Howey In The Hills. I loved this tour. It’s excellent value for money, and it’s an alternative to the standard Floridian attractions.