Why You Should Visit Lotherton Hall in England

One of the most beautiful places to visit is Lotherton Hall. It is a place that’s chock-full of several little experiences all in one. Whether you’re on your own or with your family, there’s going to be something here that you’d enjoy. Yorkshire is full of unique architecture that’s been there in all its glory for decades, Lotherton is one worthy of a visit.

The History Of Lotherton Hall

According to The Domesday Book of 1086, Lotherton Hall has been around since at least 1085. Still, it wasn’t until 1893 that Colonel Frederick Gascoigne and his wife Laura Gwendolyn inherited the estate and transformed it entirely. They’re the ones that gave it the Victorian layout and added all the magnificent gardens that still stand there today.

In 1968, Colonel Gascoigne’s son Alvary inherited the estate. He saw how his parents had turned the whole place into a work of art. So, he decided to donate the estate to the City of Leeds. Not only that, but he also added in some extra money so that the city could buy more art for the place. He was also kind enough to donate all the art and furniture that was already in the estate at the time. The estate became a museum boasting its history and being the grounds for other art pieces from the same era as itself. Making it art that you can look at from the outside and experience it from the inside.

The Interior Of Lotherton Hall

Lotherton Hall’s interior is precisely how it was when Alvary donated it to the city. It’s been preserved to show how the Gascoigne’s lived back in the 1800-1900s. While the main halls are a lovely sight to see, there are some notable features in the estate, like the 1930s lift that was installed for Colonel Fredrick when he got too old to be able to go up the stairs on his own.

Another great feature is the 1903 family silver vault where they’d keep all of their silver, from cutlery to jewelry; everything stayed locked up. That also helped it stay safe enough that by the time the area was preserved, it was still in great shape and could be displayed for the public. 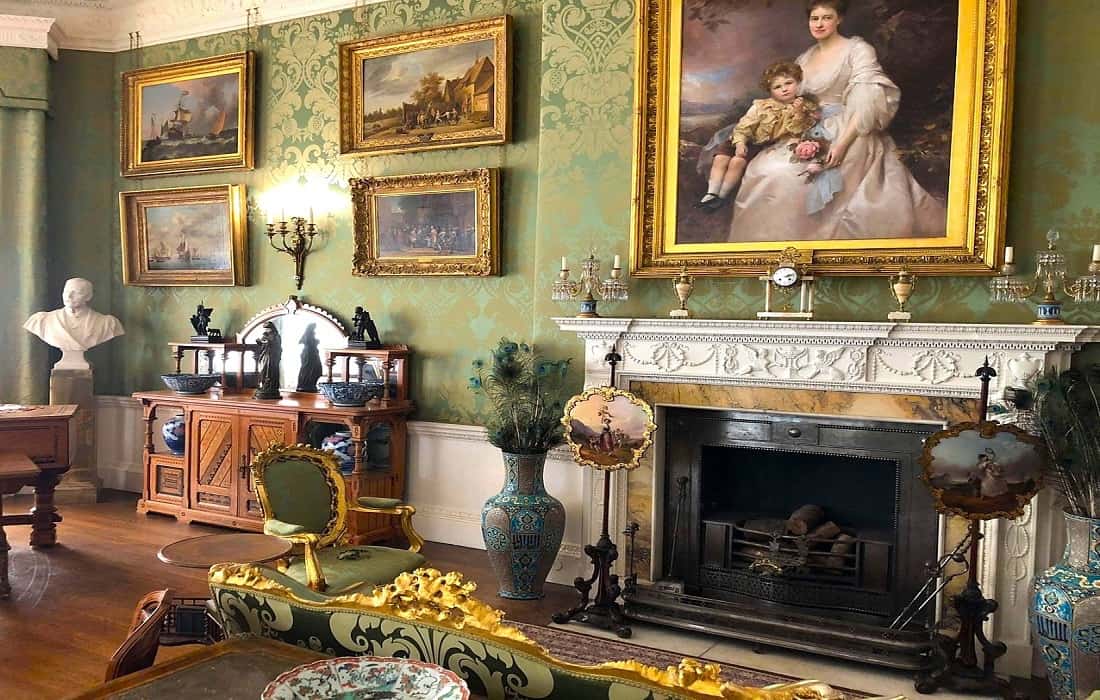 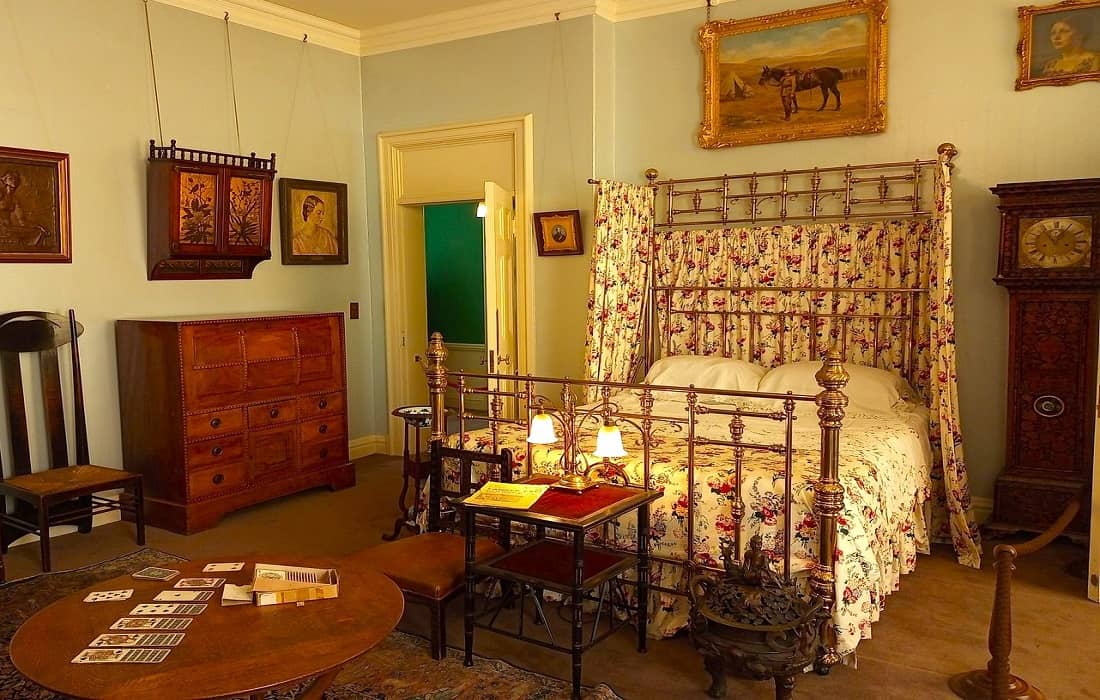 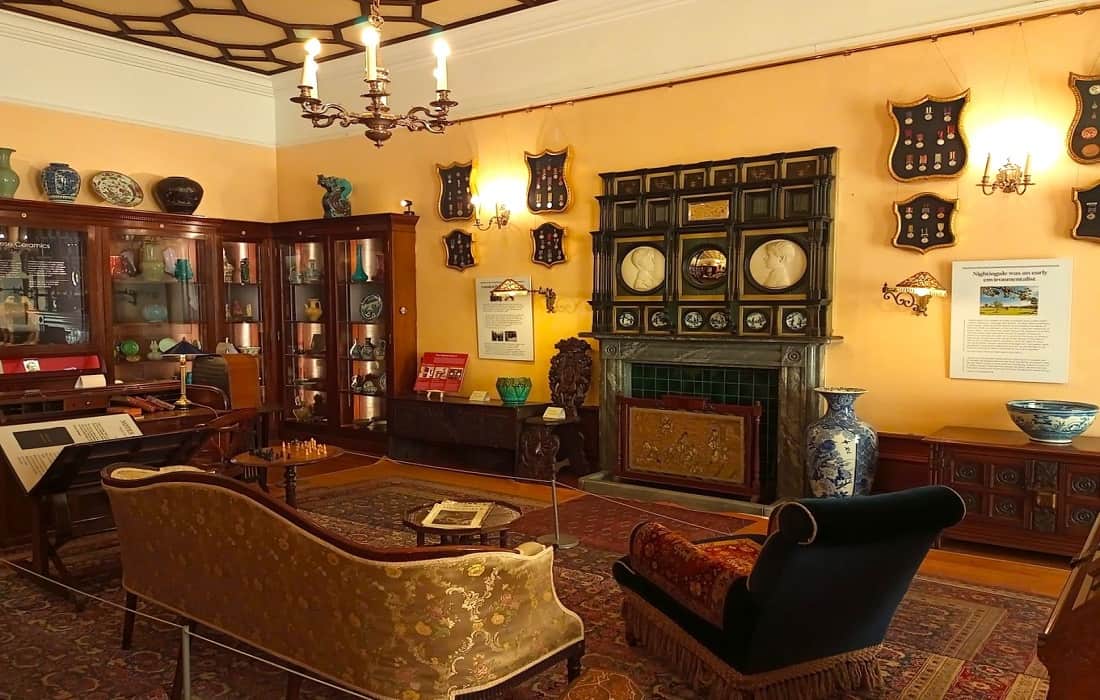 Overall there are 3000 display items at Lotherton Hall. The paintings are usually the main attraction, though. Some of the most notable paintings are “The Irish House of Commons”, the “Portrait of Sir Thomas Gascoigne” and the “Five Impressionist paintings by Joaquín Sorolla y Bastida”, each of them from the 1700s, in such pristine condition that they look brand new! An artistic marvel that everyone needs to see for themselves!

The Exterior Of Lotherton Hall

For starters, there’s The Terrace, where you can get a gorgeous view of the whole estate from the top. Take the stairs down, and you have the main gardens, with the glorious fountain right in the middle, operational throughout the entire year!

Off of the garden is The Dell. It’s a beautiful rock garden with little pathways that extend toward a beautiful decades-old water fixture that leads to a stone temple. Next to those is a giant wildflower meadow and a kitchen garden that’s been around since the 1900s!

There’s even a 12th-century chapel on the premises right next to the chapel where the residents of the home used to go to pray so they wouldn’t have to walk to a public church. The chapel still stands, as it was all those years ago. There’s even a The State Coach from 1853 in pristine condition! 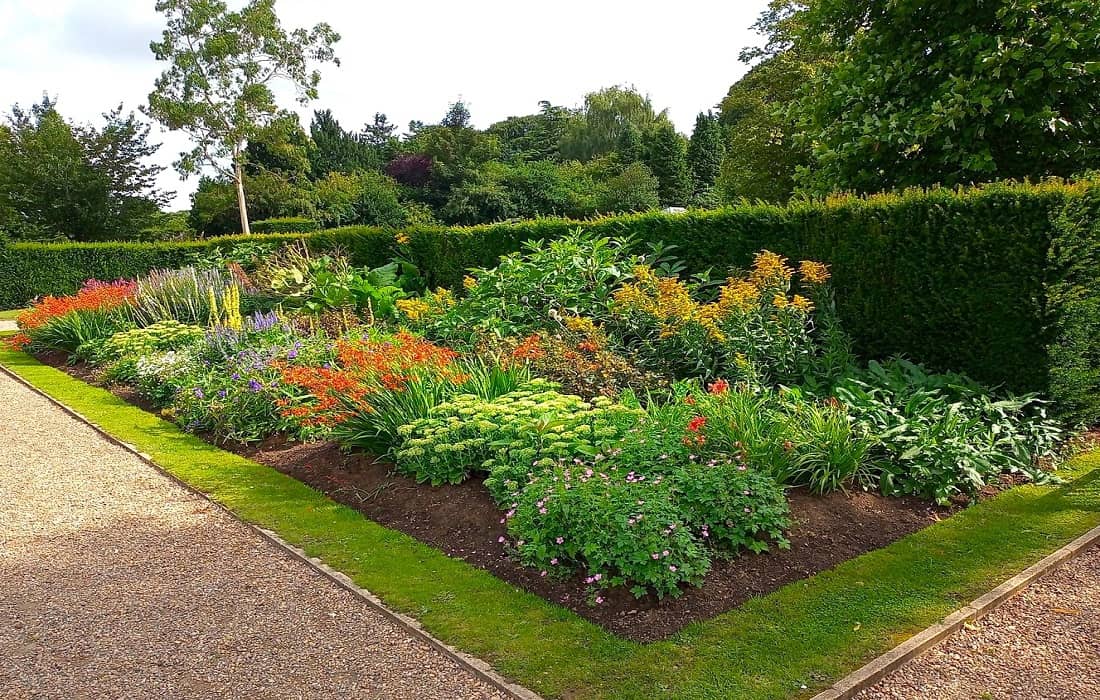 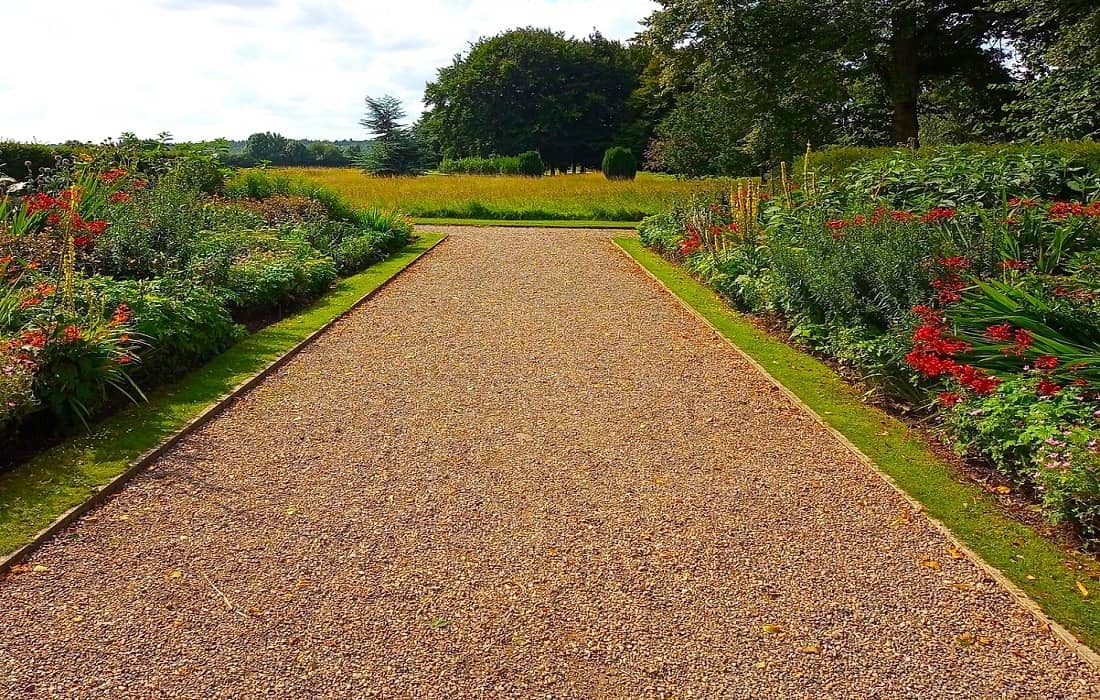 The Location Of Lotherton Hall

Christmas at Lotherton Hall isn’t just Christmas; it’s an entire experience. That’s why they call it “The Christmas Experience at Lotherton Hall”. The festival starts in late November every year and continues until the day after New Year’s Day (2nd January).

The festival begins in the festive hall. The main hall gets a whole new look to fit the holiday theme, but the real fun is at The Santa’s Elf Village Under The Wishing Tree experience. There are crafting with elves stations, gingerbread man decorating with Mrs Claus, and even a visit to Santa’s post office. All the activities are great to visit with kids!

The Lotherton Hall Bird Garden is one of the most popular attractions in the whole estate! This garden is home to over 130 different bird species, most of which get to live in the park for free, with visitors walking around with them. However, there are many birds in the park that need special care, so those are behind enclosures, but it’s still a great experience to visit them and learn all about them.

While the Bird Garden used to be the most popular attraction at the estate, that is now a whole wildlife world. There are penguins, deer, and all the natural wildlife that naturally come to the region as the season changes, making for a unique experience every time you visit!

Getting to Lotherton Hall

There are several ways to get to Lotherton Hall, but the most common is by car. Cars can easily travel to Lotherton and use the free parking available on the grounds.

Where To Stay Near Lotherton Hall

There are lots of different hotels available in the Lotherton area. The most popular ones are The Best Western and Hazlewood Castle and Spa, as they’re the more high-end, luxurious options. Although, if you’re looking for a more “homey” experience, you could stay at “The Barn” or “The Oddfellows Arms” instead. Lotherton Hall is easily accessible by car from all of these hotels.

There are several musical events at Lotherton Hall throughout the whole year, but there are also food festivals and holiday-themed festivals too. Visitors can easily buy tickets for these events online, and some tickets are sometimes available at the gate too but there’s no guarantee they’d be available, so it’s always best to buy them online!

Until recently, Lotherton Hall used to be completely free, but now there’s a £ 2.50 – £ 15.00 fee for entry. Members of Lotherton, the Leeds Art Fund, Leeds City Museums, along with the Museums Association, Yorkshire’s Great Houses Castles and Garden cardholders, the National Arts Collection Fund members, and MAX cardholders, all get to enter the Lotherton Hall at no charge.

Can you walk around Lotherton Hall?

There are many gardens around Lotherton Hall where individuals and families can walk around.

What can you do at Lotherton Hall?

There are lots of activities at Lotherton Hall. The hall visits itself, the gardens, the parks, and the festivals. There’s always something going on at the estate, and it makes for a great day activity for everyone.

Who lived at Lotherton Hall?

There have been several owners of Lotherton Hall. The most notable ones are Richard Gascoigne, who passed the house down to his daughter, Elizabeth. Elizabeth gifted the estate to Colonel Frederick Gascoigne and his wife, and they left it to their son, Alvary. Alvary was the one that donated the estate to the city of Leeds.

The initial foundation of the estate was put down by William Goldring and owner Mrs. Laura Gwendolen sometime before World War 1.

Can you pay at the gate at Lotherton Hall?

People who have relevant memberships that allow them entry to Lotherton Hall can show their card and enter for free. But those that don’t, and haven’t bought their tickets online, will have to pay at the gate if tickets are available. However, it’s important to remember that the gate tickets are usually not bought with cash, so you’ll have to carry your card with you.

Can you get married at Lotherton Hall?

Lotherton Hall can be booked for small weddings (up to 75 people in total). There are several different grounds to choose from, but none can be reserved for more than 75 people.

Although there are several stairways at the Lotherton Hall, most of the estate is wheelchair friendly.

Lotherton Hall is one of the most unique places in all of England. Most of the estate seems “untouched” with how perfectly it’s been preserved. There are many areas to see, both inside the estate and the outside. The wildlife park and festivals held throughout the year add another layer to the entire experience. People can visit the grounds several times a year and get a different experience every time!

Looking For Other Places To Explore In England? Start Here: